Freaked DISCOVER THE ART OF PUBLISHING
Home Animals Rare Black-And-Red Cross Foxes That Have Been Spotted In The Wild. 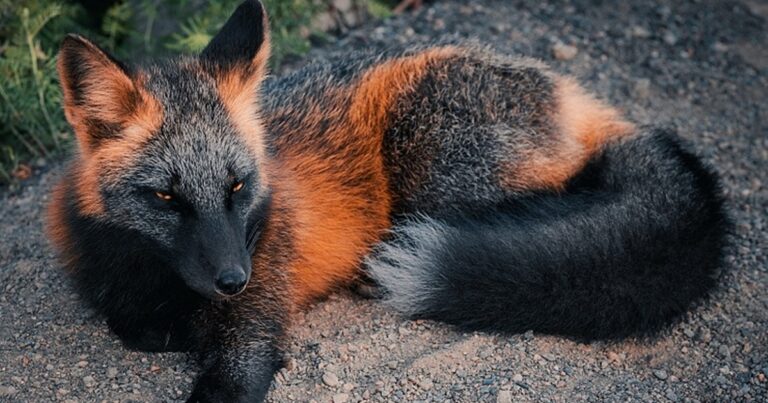 Albinism is a condition that many people may have heard of and which affects humans and animals alike. However, what a lot of people mightn’t have heard of is melanism, which is effectively the opposite of albinism in that sufferers have much darker skin tones. In animals, it has the same effect, although this can appear in different ways, such as the cross fox.

While many animals who suffer from the condition have all of their fur and/or skin become quite dark upon birth, the fox is a little different. Though most of the animals will appear with all-dark fur, some can have a mix of red and black. Typically, this also makes a shape close to a cross on their backs, hence their name. Naturally, it’s a sight that many people will either find adorable or a little bit scary, and possibly both.

The rareness of the cross fox is what makes it so interesting, as it looks like nothing that many people may have seen before. According to some reports, these foxes were much more common than they were today. The animals, alongside their non-melanistic brothers, were constantly hunted for their fur and they were considered to be a bad omen. As a result, they almost went extinct, though the condition managed to resurface in exceedingly rare amounts.

Although it is rare to see a crossed fox, you do have a better chance of seeing them in North American.

Aside from the change in fur color, there’s almost no difference between the fox and those that don’t have the condition. Perhaps the only other major difference is that their tail is slightly larger than normal. The majority of reports highlight that there’s almost no change in behavior, so they should act just like any other fox.

Because of that, the cross fox looks like a kind of animal that you might come across in The Witcher or some other fantasy franchise. With how amazing they look, it’s easy to see why.