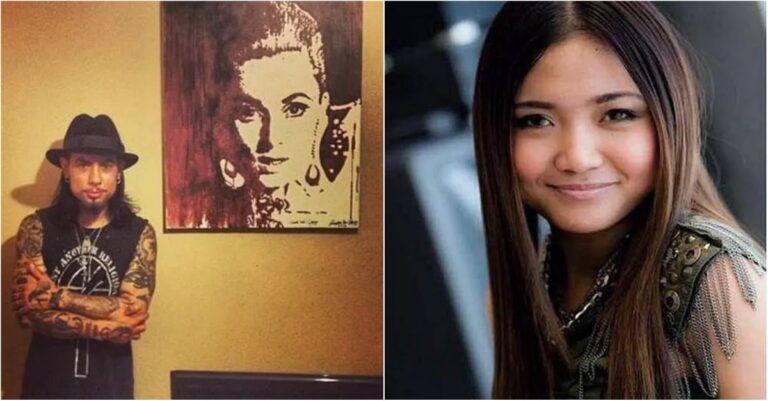 Although celebrities appear to lead a comfortable, posh and exotic life, there is more to them than what meets the eye. Plenty of famous people today came from poor backgrounds and suffered tragedies in their childhoods. On this list are 15 famous celebrities whose parents were murdered. Whether it was when they were kids or when they had already made it big, there are few things that can compare to such a massive trauma.

In 1986, Patrick Duffy’s parents, both Marie and Terence Duffy, were killed in the armed robbery of their Montana bar. Two men were convicted and they received a sentence of 75 years in prison.

William Balfour – Jennifer Hudson’s estranged brother-in-law wo is married to Julia, her sister – shot and killed Darnell, Hudson’s mother, Jason, brother, and Julian King, nephew, in 2008. Balfour received convictions for all murders and was given three life sentences.

James Jordan, Michael Jordan’s father, was murdered in 1993. He was shot and killed in an armed robbery in which his car and other items were stolen, including two NBA championship rings which Michael had received as a gift.

Gerda, Charlize Theron’s mother, shot and killed Charles, her father, in 1991. He was an alcoholic and after physically attacking Gerda, shot him as an act of self-defense. She faced no charges.

Dylan McDermott was 5 years of age when in 1967, Diane, his mother, was shot dead. At first her death was ruled as an accident, but murder charges against John Sponza, her boyfriend, were later filed by the police as Sponza was suspected to have ties to organized crime.

Constance, Dave Navarro’s mother, was shot in her West LA apartment in 1983. Sue Jory, a friend of hers, was also killed. In 1991, Navarro appeared on “America’s Most Wanted” but this was later removed when an anonymous tip led to the conviction and arrest of John Riccardi, Constance’s ex-boyfriend.

Willis Turner Allman, Gregg and Duane Allman’s father, was murdered in 1949 by a hitchhiker named Buddy Green, to whom he offered a ride home back from a bar.

Ricky Pempengco, “Glee” actress Charice Pempengco’s father, was stabbed to death in 2011 in the Philippines. The encounter occurred after he bumped into a drunk who got angry stabbed him in the back and chest multiple times using an ice pick.

Rev. Earl Little, Malcolm X’s father, was killed by a streetcar in 1931 near his home in East Lansing, MI. The incident was reported as an accident. However, Philbert, Malcolm’s brother, claims that their father was “shoved under that car.” He suspected it to be foul play from the Black Legion, a local white supremacist group.

Omarosa Manigault’s father was killed when she was only 7 years of age. In 2011, she suffered another murder in the family when Jack, her brother, was also murdered.

Geneva, James Ellroy’s mother, was strangled to death in 1958 by a stocking. To date, the murder remains unsolved.

John F. Kennedy Jr.’s father, who was the 35th President of the United States, was shot and killed on November 22, 1963 in Dallas, TX. In connection to the crime. Lee Harvey Oswald was arrested. However, he too was killed two days later, on November 24, while being transferred to county jail.

On December 8, 1980, John Lennon, musician Sean Lennon’s father, was shot dead. His shooter, Mark David Chapman, pleaded guilty and was sentenced to 20 years to life for second-degree murder. He remains in prison as of 2014 and has been denied parole 7 times.

In Venezuela, Melvin Mora, was 6 years of age when his killed in front of him. Apparently, the murderer mistook him to be someone else.

Harry Aurandt, Paul Harvey’s father, was murdered in 1921 in Tulsa. Aurandt was out hunting rabbits with a police detective friend of his, when he was shot by men who attempted to rob them.

From accidents to determined murders, these celebrities faced hardships in their lives from the deaths of their parents. Some like Melvin Mora, were unlucky enough to witness their parents’ deaths with their own eyes in their childhoods. Celebrities don’t exactly live a happy go lucky life.