Home TV Goosebumps Is Getting A Television Series Reboot 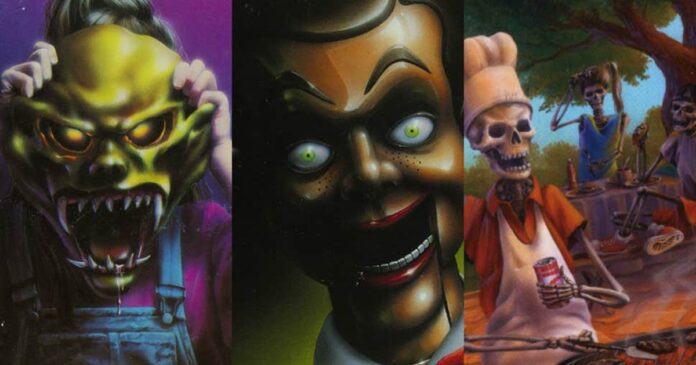 Goosebumps hasn’t had much success in the entertainment world. Despite being a critically and commercially successful book series, few of its on-screen adaptions have been beloved. However, it looks as though the franchise is getting a lease of new life, with Scholastic Entertainment and producer Neal H. Moritz working on a new project.

Mr. Moritz isn’t new to the franchise, having already worked on the Jack Black-starring films. Iole Lucchese, Scholastic Entertainment’s President, and Chief Strategy Officer spoke about the adaption, saying that the series has:

“…been keeping kids and families on the edge of their seats for nearly 30 years and we’re very excited to partner with Sony Pictures Television and Neal H. Moritz to bring the enduring brand to life in a fresh new way for today’s generation.”

The book series, which has been ongoing for close to three decades, includes over 60 books in its core series. In addition, there have been several off-shoots and spin-offs set over the years. There has also been two Goosebumps films, both starring Jack Black and produced by Mr. Moritz, alongside several television seasons.

Many of the episodes can now be found on Amazon, YouTube, and other streaming services. Noting the ongoing popularity of the franchise, Iole Lucchese notes:

“From the world-famous book series to a full-scale licensing program and even live-action movies starring Jack Black, Goosebumps remains wildly popular and we look forward to presenting new adventures to give fans even more Goosebumps.”

Mr. Moritz also spoke about the series, noting that it will remain true to the books while updating it for modern audiences. He also notes that he was excited to come back to the franchise after working on two films, saying:

“I loved making the Goosebumps movies and can’t wait to bring even more of R. L. Stine’s incredible stories to life through a high-end television series that speaks to both adults and kids alike.”

There isn’t any official word on when production on the new series will begin, or who it will star.