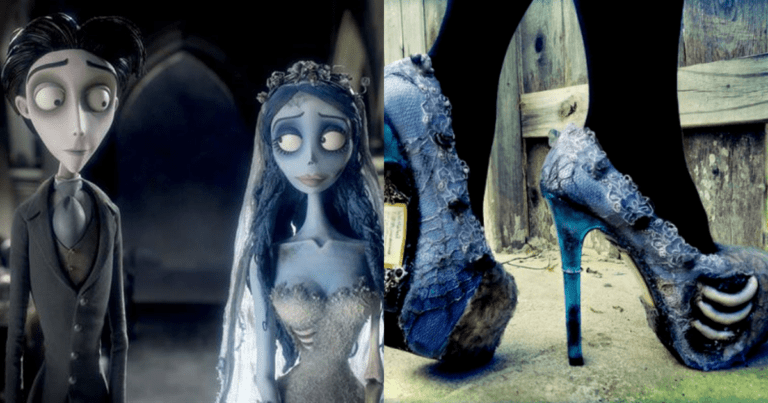 Regardless of whether you celebrate Halloween all-year-round, on the official day itself, or not at all, these Corpse Bride heels are perfect for anyone who is a fan of the animated movie.

Finding a decent pair of horror-themed footwear remains few and far between, but these heels knock all of its competition out the ballpark with its excellent design.

Below, you will see pictures of the beautifully haunting pair of heels that are sure to make you the talking point of any social gathering, you know, when social distancing has come to an end, of course.

Corpse Bride was a hit with young children and adults alike, and due to its fantastic cast and plot, the animation has earned itself 9 award wins, including one Oscar nomination.

Tim Burton was one of the writers, directors, and producers of the movie, which saw star actors and actresses feature.

Johnny Depp led the lineup with his brilliant portrayal of the shy but courageous groom, Victor Van Dort.

Alongside him, Helena Bonham Carter played a deceased young woman who rises from the grave assuming she had just been married to Van Dort.

Emily Watson represented Victoria Everglot, a 19-year-old bride-to-be who prepares for her big day with Victor.

So far, the wonderful heels have been a massive hit with fans, and as they edge closer to 3,500 sales, they boast an unbeatable 5-star rating from the 810 people who have reviewed it.

For those of you who can’t get enough of these gorgeous boots, you can find and order yourself a pair (or three) HERE!