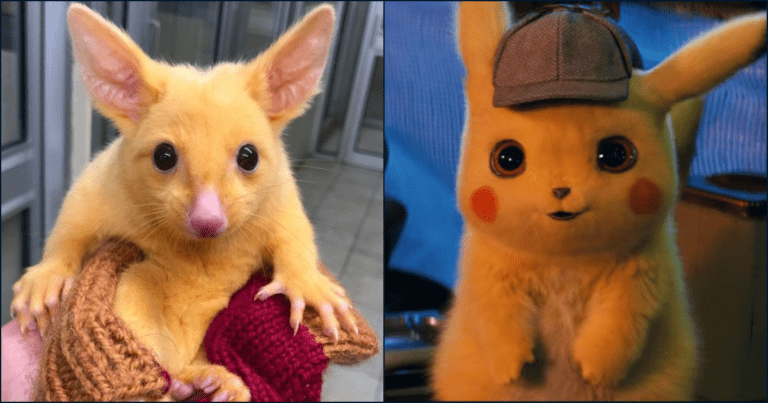 Last month in Melbourne, Australia, an orphaned Possum was brought into a local wildlife rescue center and instantly caught the eye of staff members.

Understandably, the possum has become an internet sensation since its arrival at the Boronia Veterinary Clinic and Animal Hospital in Melbourne, prompting staff to share adorable pictures of the rodent, to our delight.

Perfectly named Pikachu because of the vibrant stroked of yellow in its fur, the extremely photogenic possum was born with a genetic mutation which makes it that much more special.

Due to the Australian possum’s mutation of having low levels of melanin, her fur had turned out a healthy golden color, opposed to the chestnut brown its species usually has.

Pikachu was first brought to the wildlife center’s attention by a member of the public, and because of her bright colors, staff have decided not to release her back to the public, where she would be an easy target, in order to keep her safe from predators.

While the yellow possums do remain rare, there are said to be a handful of the joyful creatures in and around the area, but none more Pikachu-like than this one.

If you’re an animal-lover and know how to handle and care for possum’s, Pikachu is perfect for any Pokemon enthusiast out there, and let’s be honest, who wouldn’t want to brag about having their very own real-life Pocket Monster?

Whether you’re a die-hard fan of Pokemon or simply don’t like it, you can’t argue that the resemblance between the possum and the iconic Pikachu is unreal.

Let us know your opinion on the cute and memorable possum in the comments!