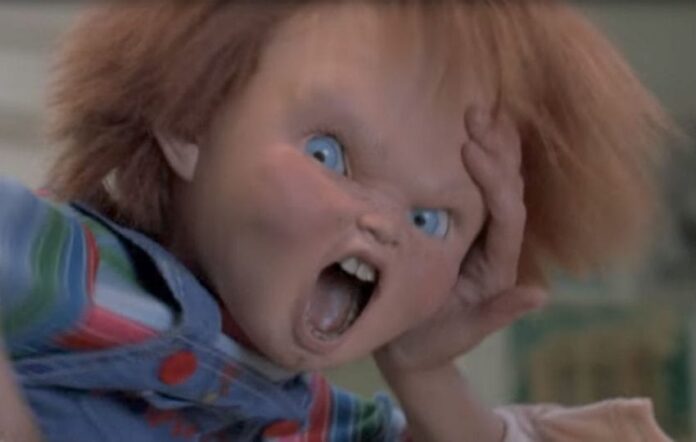 As we mentioned several weeks ago, a ‘Child’s Play’ TV series is currently in the works.

MGM and Orion are currently working on their own remake of ‘Child’s Play’ in June. But Universal and Chucky creator Don Mancini will continue the original franchise on Syfy in the form of a TV series. Mancini, producer David Kirschner, and star Nick Stabile confirmed the series in a recent Screamfest Q&A in October.

Deadline reports the series has found a home on the Syfy network. Mancini will be scripting the series for Universal Cable Productions, and “Channel Zero” creator Nick Antosca coming on as a producer:

“I’ve long wanted to bring Chucky to television and Syfy is the perfect network for us,” Mancini said.

“The show will be a fresh take on the franchise, allowing us to explore Chucky’s character with a depth that is uniquely afforded by the television series while staying true to the original vision that has terrorized audiences for over three decades now.”

“I worked with Don on Hannibal and on Channel Zero for Syfy, so developing Chucky with UCP really feels like coming home,” said Antosca.

“Syfy is the perfect place to tell the next chapter in the Chucky saga and having the original creative team lead the project will help elevate the story we are excited to tell.”

The show will be a continuity of the storylines from the original movies.