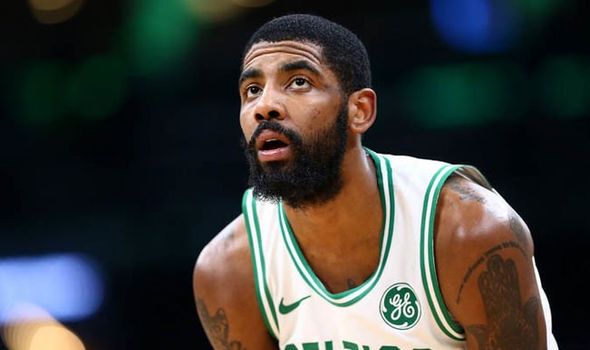 NBA star Kyrie Irving will make his return to the big screen in a yet-to-be-named Imagine Entertainment horror film, per Variety.

Irving will star and co-produce the movie, which is based on an Oklahoma hotel believed to be haunted. The Skirvin Hotel in Oklahoma City is often the host of traveling NBA players. However, some refuse to stay there due to the reputation it has of believing to be haunted. It was opened in 1911 and has been registered on the National Register of Historic Places.

The film is also being produced by Imagine Entertainment chairman Brian Grazer and Bobby Cohen. Executive producers include Irving, The Players Tribune, and Sanjay Sharma. Irving is a longtime NBA veteran, having spent six seasons with the Cleveland Cavaliers, and is in his second tenure with the Boston Celtics. He had this to say about the upcoming project:

“Having had my own interesting experiences at the Skirvin Hotel, I connected with this idea immediately,” said Irving.

The hauntings have been reported since the 1930s after the owner’s hotel had an affair with a chambermaid, before she tragically died.