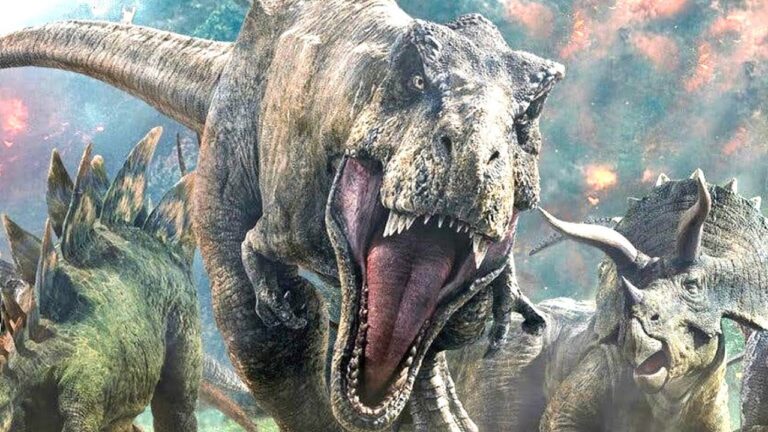 The final film in the Jurassic World trilogy is set for release some time next year, and will see a lot of returning faces. Both Bryce Dallas Howard and Chris Pratt are on board to reprise their starring roles but also on the roster are Laura Dern, Sam Neill and Jeff Goldblum as Ellie Sattler, Alan Grant and Ian Malcolm.

With such an exciting returning cast everyone is dying to know when we will actually get to see the next prehistoric chapter. In an interview with Jimmy Kimmel Pratt said that they were starting production “Very Soon…I’m in it! Yeah, we’re gearing up. We’re getting ready to go here very quickly.”. Pratt also seems pretty psyched about the plot of the upcoming feature, saying that when he read the script he was “blown away”

Jurassic Park 3, which is yet to be titled, will be directed by Colin Trevorrow, who also directed the first part of the trilogy back in 2015 and the short film Battle At Big Rock which gave us a good look into the influence of the release of the dinosaurs at the end of Fallen Kingdom.

With the short film Trevorrow wanted to show the effects of the dinosaurs on the actual population of America, saying “We’ve finally taken the story off Isla Nublar, we wanted to show a glimpse of that new reality. If this really happened, you’d see a series of random disconnected incidents that would create a pattern of chaos. I wanted to see one of those incidents.” and perhaps the large list of stars will mean that we get multiple storylines in the trilogy’s final part.

Trevorrow says that this film is “a celebration of everything that has existed in the franchise up until now.” which would suggest that the cast that are returning from outside of the Jurassic World trilogy may have some key roles to play.