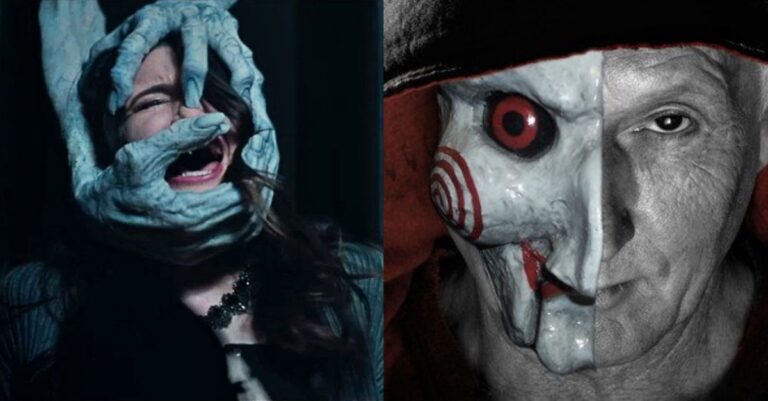 Horror movies are some of the most gruesome, iconic movies in cinematic history. They’re attention to detail, jump scares, and other aspects horror movie fans love makes them the best movies to watch on a Saturday night with the lights off and a thunderstorm happening outside.

Horror Movies Coming Up Next for Fans

These movies are hitting theaters soon, so make sure you don’t miss out on them. 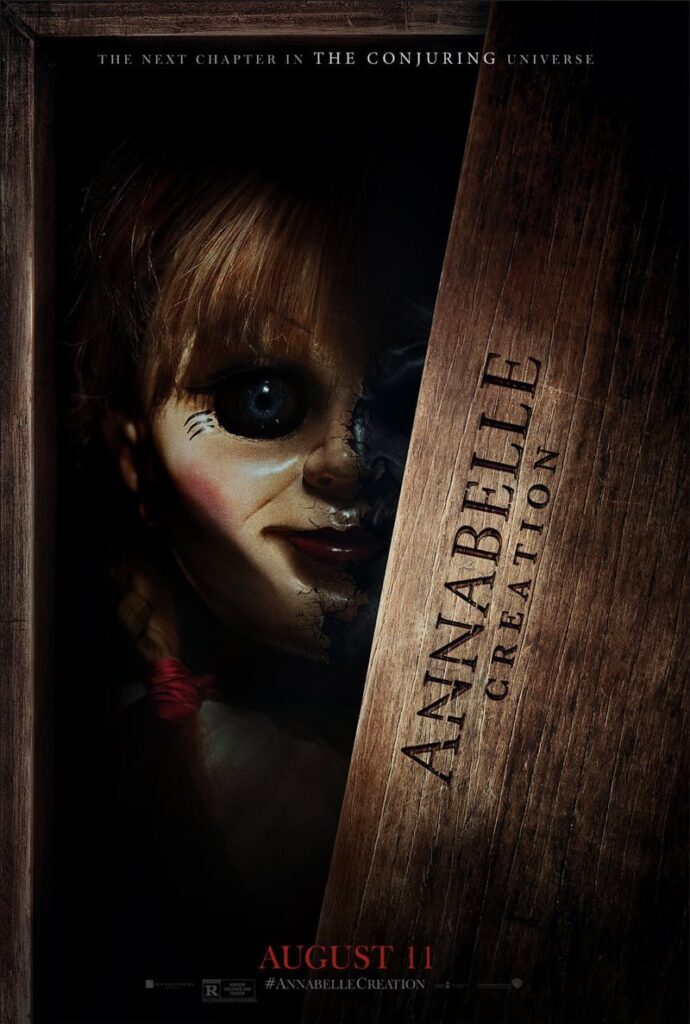 Coming to theaters August 11th, this is a movie that is a prequel to a prequel. The director and cast of this movie promise Annabelle lovers that this movie is going to amp up the scares, even more than the first two movies. This doll has been frightening horror movie fans since 2013 when she made her appearance in The Conjuring, so fans are excited to see her again in this prequel to the start of this haunted doll. To watch the terrifying trailer, click here. 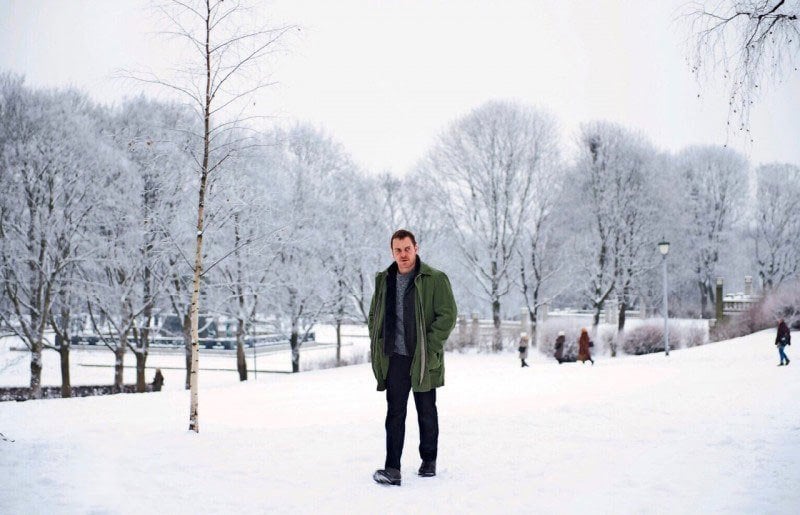 A still from this movie.

Premiering October 20th, this movie is the seventh installment of Jo Nesbo’s Harry Hole series. This installment, though, is getting its limelight as its hitting the big screen with Michael Fassbender portraying the famous investigator in the series. The cast looks promising, too, since it includes: Rebecca Ferguson, J.K. Simmons, and Chloë Sevingy. This movie is proclaimed to be a crime thriller, but the grim atmosphere and the twisted nature of the serial killer promises movie goers some bone chilling, intense scenes. To see the trailer, click here. 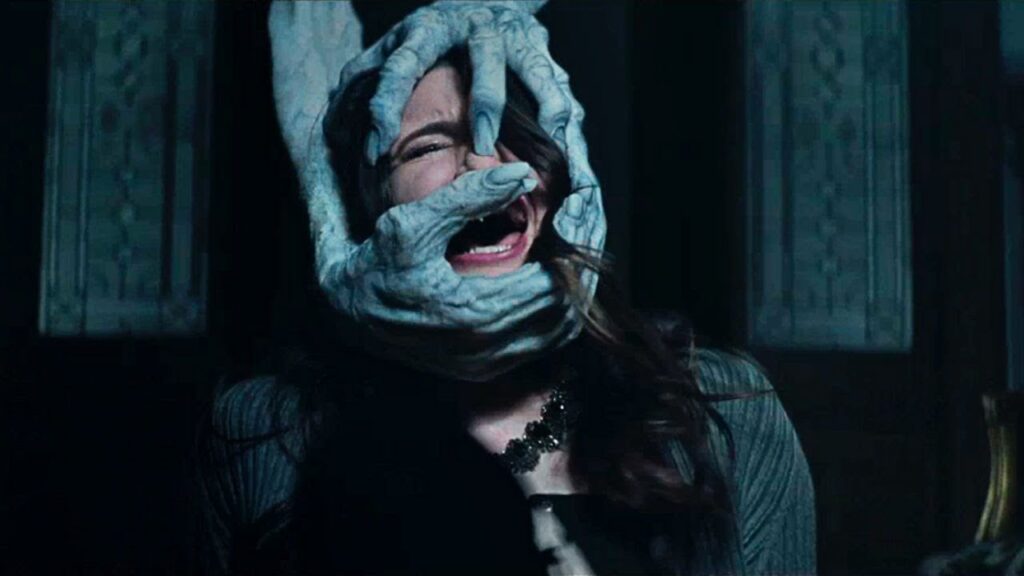 An eerie and disturbing still shot from this horror film.

Originally supposed to premiere on August 25th, Polaroid is now coming out December 1st. Even though this movie is cross referencing a lot of teen horror movies, this particular movie appears to have a cast that produces good acting and it is even inspired by an award-winning short film. However, fans of the short film are intrigued to see if the greater length movie can hold up to the excellence of the short film. To watch the trailer, click here. 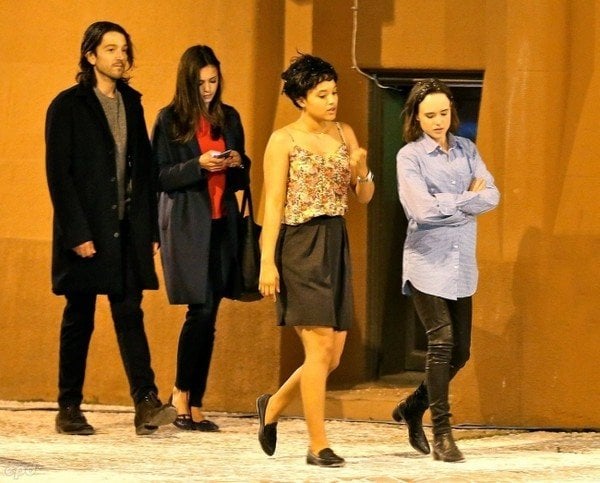 The cast of Flatliners walking together.

This reboot/sequel to Kiefer Sutherland’s vehicle, Flatliners is set to hit theaters September 29th. This movie promises just as much adrenaline as there was in the first original movie, where Sutherland will reprise his whole while Ellen Page and Diego Luna, from Rouge One, take on starring roles of the film. To see the intense trailer, click here. 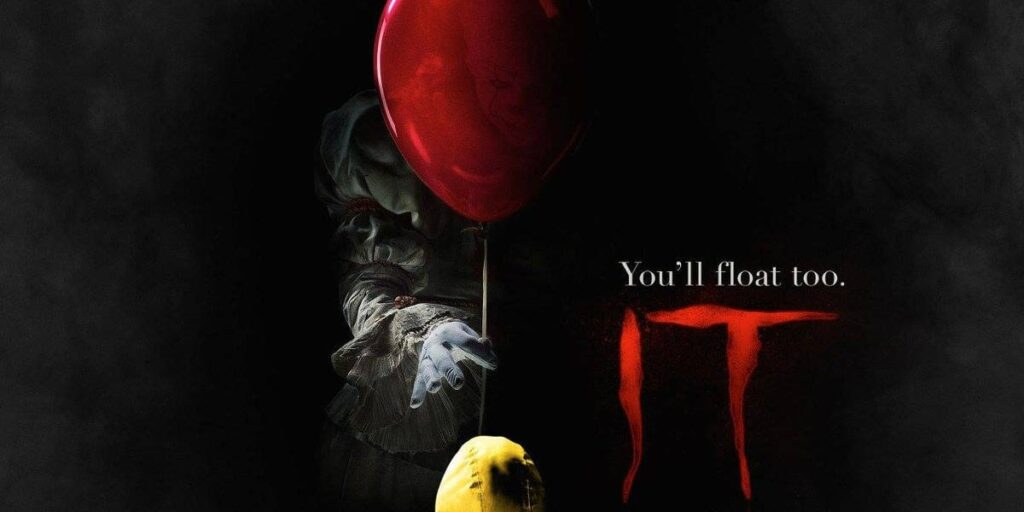 The haunting tag line and movie poster of It.

I’m sure by now you have seen multiple trailers for the upcoming It movie. The wait is almost over, though, because it’s hitting theaters September 8th. This revamp of the original It appears to be equally terrifying, if not more, and the Pennywise that was on set with the children scared the so bad that some children just couldn’t stop crying. Bill Skarsgård is being watched closely by fans of It because we all know that Tim Curry’s Pennywise is certainly unforgettable. To watch one of the intense trailers of this movie, click here.

6. The Killing of a Sacred Deer 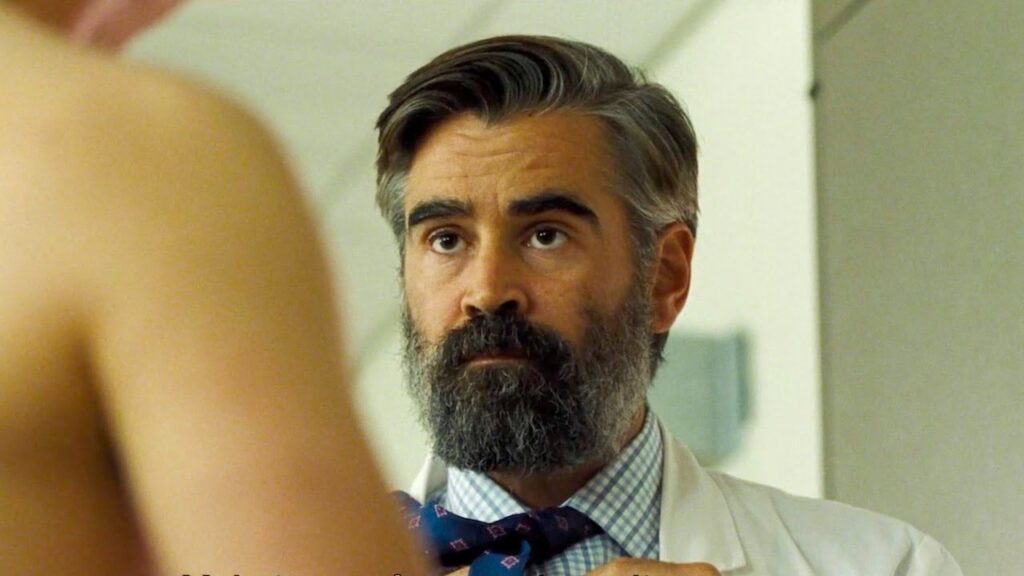 A still shot of Collin Farrell talking with the teenage boy in the film.

Coming to theaters November 3rd, this psychological horror film stars Collin Farrell and Nicole Kidman and already won the Best Screenplay prize at the 2017 Cannes Festival. In the movie, Farrell plays a surgeon who becomes increasingly close to a teenage boy that has a few too many secrets up his sleeves- in fact, it’s a little too close. This film looks promising to be intensely creepy and to make movie goers sit on the edge of their seats through the entire thing. To take a sneak peak at one of the clips from the movie, click here. 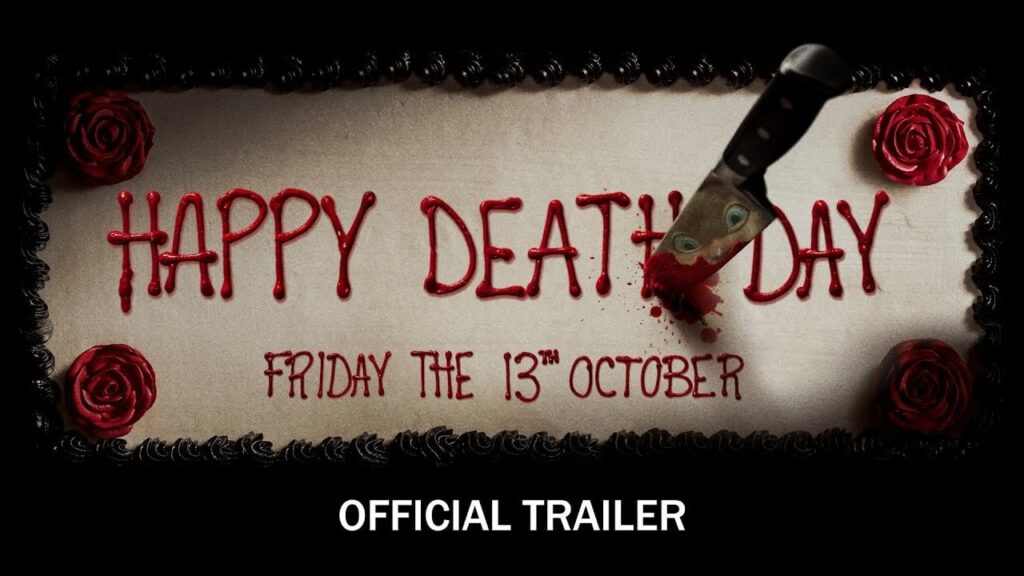 The humorous yet creepy photo of the movie poster and official trailer thumbnail.

This nausea induced Groundhog-Day style time warp movie is coming to theaters October 13th. After Tree Gelbman is murdered during her birthday party, she must relive the day over and over again until she figures out who her murderer is. It is said to make movie goers hide behind their popcorn as the movie intensifies during some scenes. To see the intense movie trailer, click here. 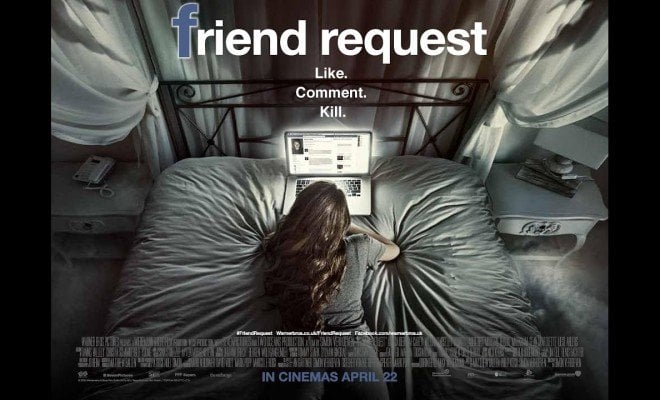 The movie poster for this upcoming horror film.

Another movie about how scary social media could be is coming to theaters on September 22nd. The movies in the past have been subpar and have created a few decent movie films to sit back and watch with your friends. This particular movie, though, seems it has more potential than the past movies and may have actually succeeded in making horror movies about social media scary. The trailer has intrigued people from how good the movie actually looks and leaves some hope that this movie is going to be superior to the rest of the social media movies. To watch the intriguing trailer, click here. 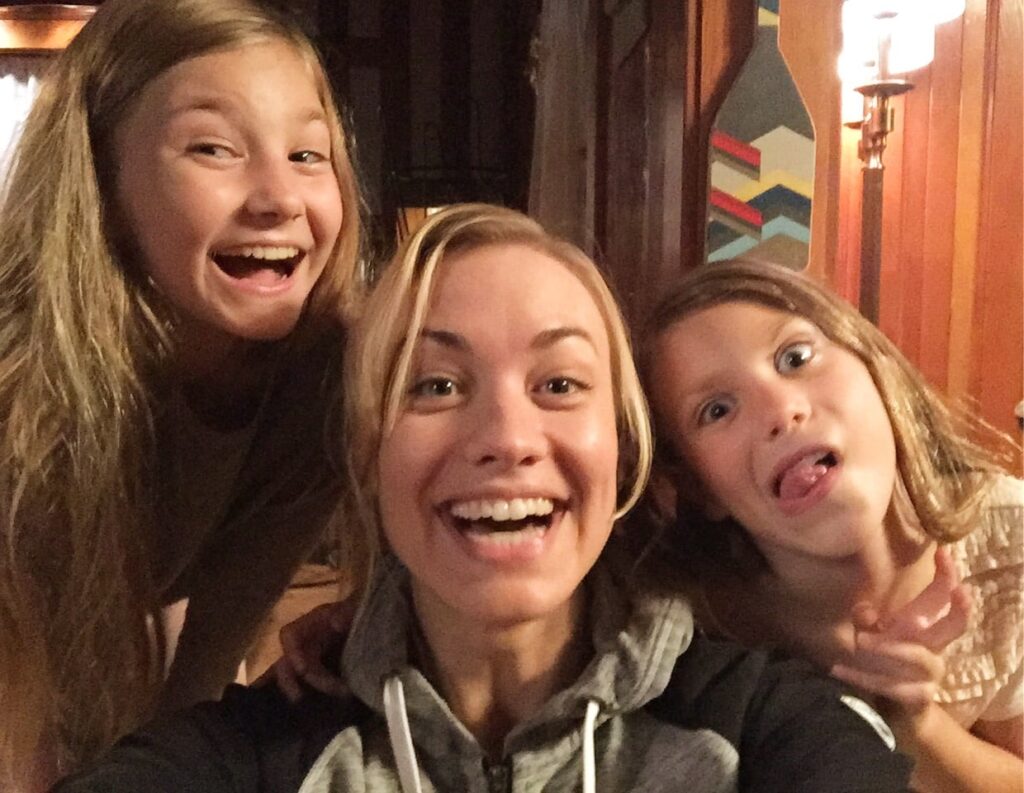 Yvonne and her film daughters on the set of He’s Out There.

Rumored to hit theaters on December 1st, this movie stars Chuck’s Yvonne Strahovski who plays a mother taking her two daughters on a relaxing vacation. Except, it wasn’t as relaxing as they hoped it would be. A madman starts to lurk in the woods, watching the trio enjoying their vacation, conjuring up sick and demented plans to attack them. It turns into a horror film as the mother now has to fight to save her children’s life- including her own. This movie seems to be intense in all of the right aspects and seems to promise movie goers a thrill. 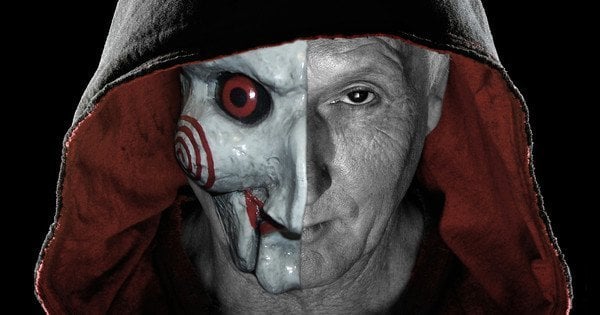 The long awaited installment in the Saw series is finally coming to theaters on October 27th, just days before Halloween. This film is picking up 10 years after the rumored death of Jigsaw, but a copycat killer soon emerges and starts terrorizing the city. Innocent lives are again at risk as the games this copycat killer are just as dangerous and intense as all of the other games in this franchise. The director of the film promised movie goers that the gore is still there in the movie and that there is a great mystery within the film, which also includes a lot of twists and turns for the fans. The trailer of this movie will have you cringing and holding onto your phone or seat tight, making it one of the best trailers in movie history. To watch the trailer for this long awaited film, click here. 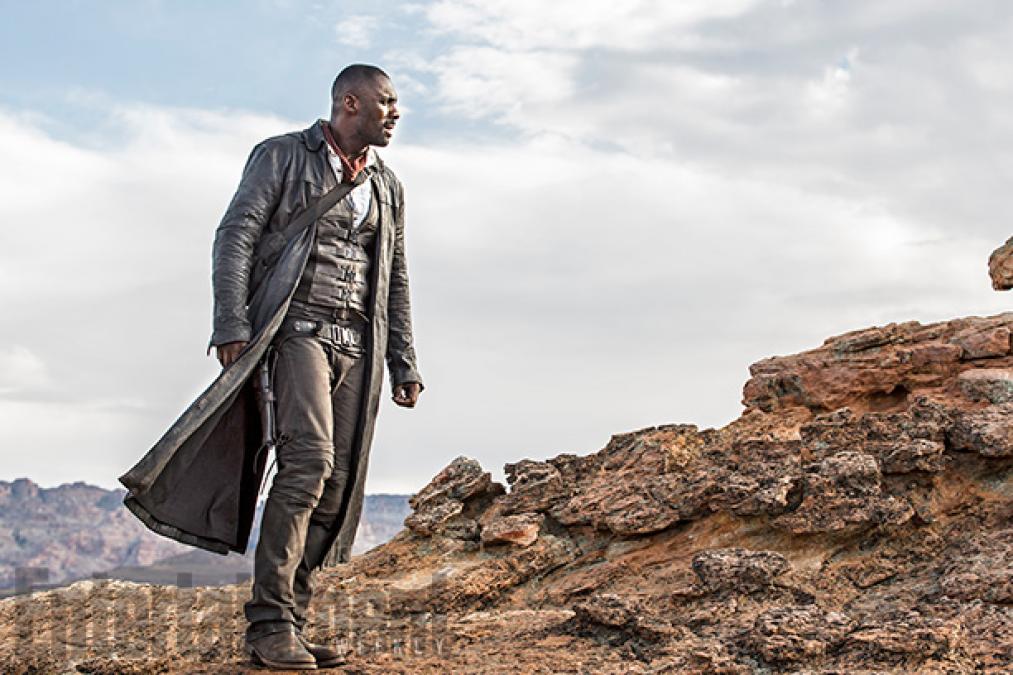 A still photo of Iris Elba on the set of The Dark Tower. In theaters today!

Already in theaters, this movie is a long awaited adaptation of Stephen King’s book. Idris Elba stars in this movie as the gunslinger and must save the Earth from the Man in Black, who is played by Matthew McConaughey. The trailer of this film showed a lot of promises to its fans that it’s going to be as great and horror filled as the novel was, making the fans crave more of this movie. It looks dark and mysterious, as well as intense, making people sit on the edge of their seats as they watch the trailer. If you’re in a debate about seeing this long awaited film, watch the trailer here to decide for yourself.

The movies on this list appear to guarantee horror movie fans an exciting and thrilling way to end 2017. They look intense, scary, mysterious, and just down right creepy. If you are going to see these movies, make sure you bring a friend to hold on tight to during the film, and be sure to not waste the popcorn! You’re going to need something to distract you from the intensity of these films.