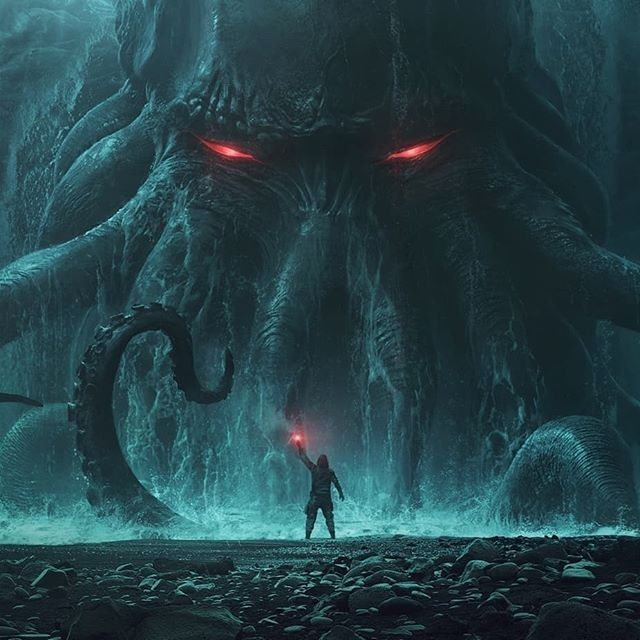 As a self professed classic horror fanatic and a director who specialises in gorgeously grotesque imagery, it is little wonder that the idea of Guillermo Del Toro bringing HP Lovecraft to the big screen is one that gets many people giddy with excitement. Including the man himself.

As a lifelong fan of the famed writer and creator of the Cthulhu mythos, Del Toro has long harboured a desire to bring the infamously difficult to visualise stories to life and fans have also long begged for studios to let him.

And it has almost happened…

In 2006 the Mexican director went so far as to submit a script for his take on Lovecraft’s  supposedly unfilmable novella At The Mountains of Madness to Warner Bros studios.

In keeping with his penchant for vivid aesthetics and detailed visuals Del Toro wanted to make this a lavish production. His  proposed budget of 150 million dollars was considered too steep and the material, which Del Toro naturally proposed to bring with it an r rating was considered too unpalatable to the market.

The film became one of the most notorious ‘ones that got away’ in horror movie history.

A passion project which has sat on the backburner for Del Toro ever since the studio said no, the film did seem to briefly  have life breathed back into it in 2011, now considered by Universal, with rumours that James Cameron was to produce and Tom Cruise to star.  The stumbling block this time turned out to be the r rating. Which, considering Universal are now using that rating for, of all things, The Invisible Man, seems like madness itself.

The film seemed on course for production once again when Del Toro established himself at legendary pictures. Once more however the film fell through, with Del Toro instead enjoying acclaim with the undeniably Lovecraftian award magnet ‘The Shape of Water’.

With a number of Lovecraft productions set to hit the big and small screen over the coming year and Hollywood’s likely more favorable view of r rated content, the question arises as to whether the next few years could be the right time to resurrect the great ‘lost’ Lovecraft movie, after all, if he wants it and we want it it should be a done deal. For now, fans can only hope and pray to The Elder God that this vision eventually becomes a reality.