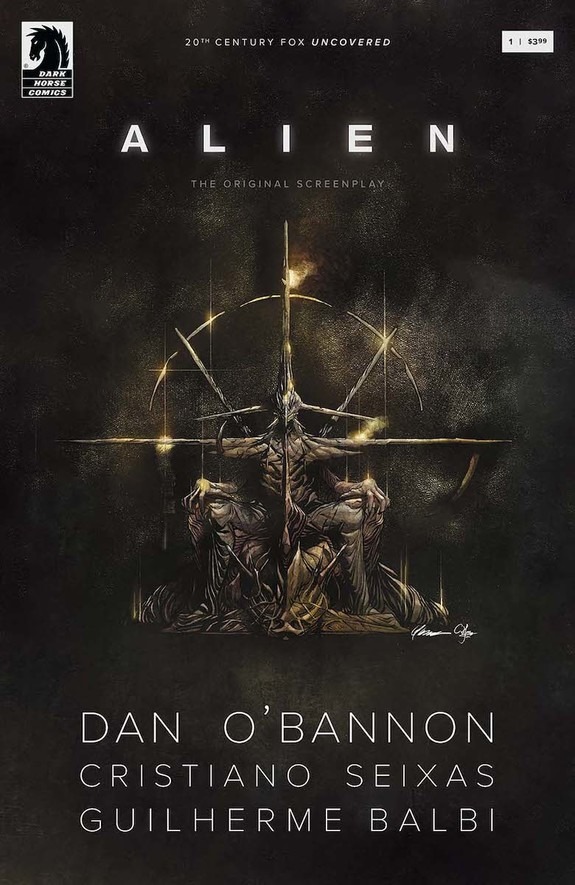 In what will no doubt be an interesting release for those who, like me, are fans of horror comics, Dark Horse will this year release a comic based upon the original screenplay for the Sci-Fi classic. However, even those not usually drawn in by comics, but who are interested in the history of the movie and its sequels, might want to take a look, because what makes this comic so intriguing is not its similarities to the movie but rather its pronounced differences.

To say the original screenplay for Alien differs from what we finally saw on screen is a bit of an understatement. For example, it will no doubt come as a shock to some to find that in the original pass the central character Ripley, iconically played in the on screen version by Sigourney Weaver, was written as a man.

The reason for the differences comes from the fact that the original screenplay, written by Dan O’Bannon and Ronald Shusett was given a quite the reworking by producer Walter Hill (the man responsible for, amongst other things, Ripley’s gender switch).

Dark Horse’s Comic series, Alien: The Original Screenplay will be released in April and spearheaded by Cristiano Seixas and Guilherme Balbi. It also promises to include characters unfamiliar to fans of the movie alone and alternate designs for ships.