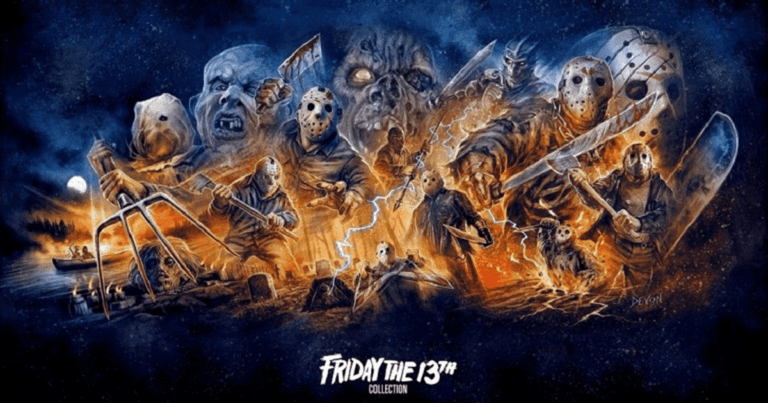 Rumors and speculation have surrounded the Friday the 13th franchise ever since it first debuted. While these have typically centered on the in-movie universe, there have always been a few that go beyond that. One that made the rounds in recent days, however, concerned a 16-disc Blu-ray edition that would include all twelve films, alongside a wealth of other additions.

Though this was first rumored, Scream Factory has since announced that the set exists and will be released quite soon. The company also detailed what exactly would be included in the set, aside from the films. Taking to its website not long after the rumors made the rounds on Twitter, the company listed an exhaustive number of items that come with the set.

It also noted that each disc will have a few specific additions. For example, disc one and two include all of the TV and radio spots released during the film’s initial run, while disc seven includes Thom Mathews, Vinny Gustaferro, Kerry Noonan, Cynthia Kania, And CJ Graham providing audio commentary for Friday the 13th Part VI: Jason Lives.

Alongside the films themselves, this should mean that there are dozens of hours of entertainment on offer. Scream Factory has also noted that there will be a range of articles about the franchise included on the set.

While many of the Blu-ray additions have been seen before as part of the director’s cuts, among others, many of the inclusions with this release are brand new to the franchise. Some of the largest examples of this are 2K scans of the original film elements seen in the Jason Goes To Hell: The Final Friday theatrical release.

There are also HD inserts including that are attached to the unrated version of the film. The 16-disc Friday the 13th Blu-ray collection will be released on October 13, 2020. You can find out more information about what’s included in the release on the Scream Factory website.