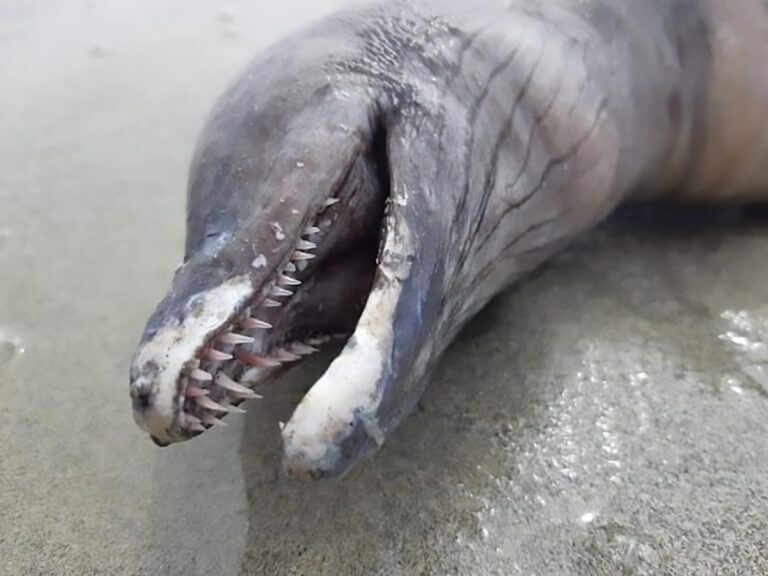 Whoever said weird razor teeth Dolphin-like creatures with no eyes or fins weren’t real? Well, they were lying because reports are now suggesting that this monstrous mammal has been washed up on Mexican beach.

The popular surfers’ beach in Destiladeras is where the beast was spotted, and local Fishermen have claimed it could have originated and traveled from deep in the Pacific Ocean.

Residents were understandably frightened by the creature which strongly resembles both Dolphin in the head and Eel in the lower body.

This is not the only weird sighting in the past couple of years, as a Reddit user shared a post in attempts to identify another weird underwater animal washed up on a beach.

As well as unknown sightings, Roman Fedortsov, an experienced fisherman, has shared pictures of the unusual discoveries he has come across in his time.

Although there’s not much more information known about the Dolphin-like creature that washed up on the Mexican beach, at least we now know what to call a fish with no ‘eyes’.