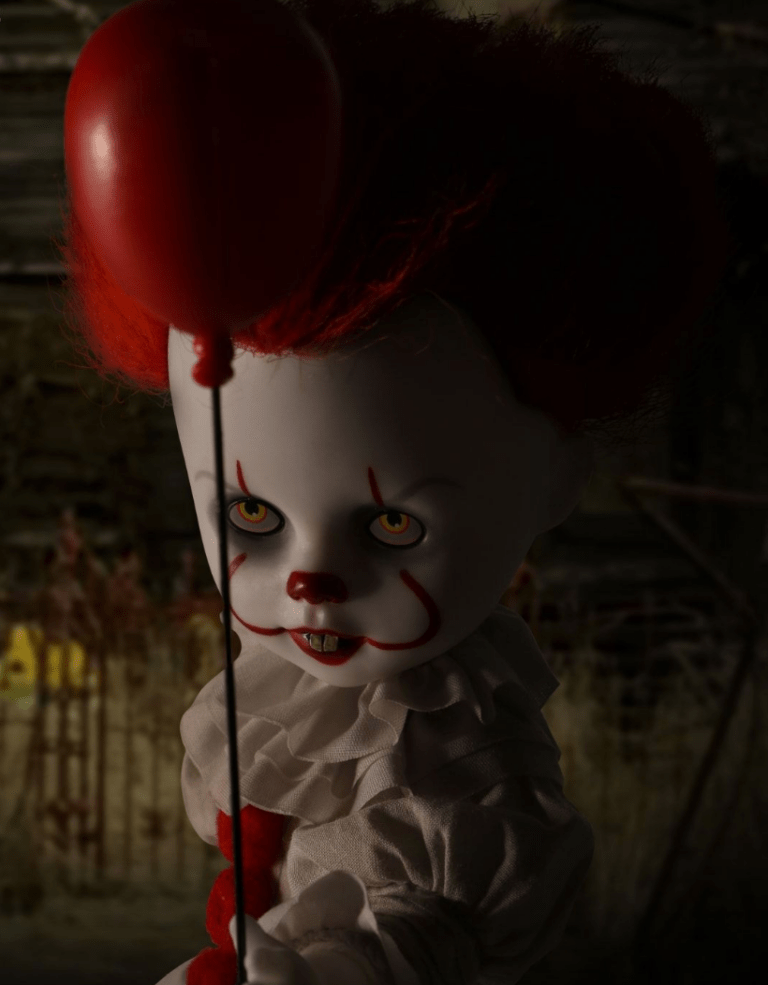 Following the conclusion of the second IT film in what we presume to be the final chapter for Pennywise on the big screen for a while Living Dead Dolls have released a new Pennywise doll.

With a staggeringly huge catalogue of instantly recognisable figures including the Grady twins and Jack Torrance from Stanley Kubrick’s unique creation The Shining and Freddy Kreuger of A Nightmare On Elm Street fame.

The New doll stands at 10″ tall and has 5 points of articulation. With his iconic red balloon and his presentation in a die-cut window box, he would be the perfect addition to any collection.

Living Dead Dolls originated in 1998 with Ed Long and Damien Glonek who made the dolls by hand and sold by mail order.

Each doll comes in a coffin sized box and includes a death certificate which shows the doll’s death date and snippets of information about the character as well as a short poem.

The duo went on to partner with Mezco Toyz who brought Living Dead Dolls to the world markets.

Introduces as “an unstoppable juggernaut with an ever-growing fan base on their website, they are self described as “some of the most sought after mass-produced collectables in the industry”. The Living Dead Dolls are now in their 34th series.

Some of the original dolls made by Long and Glonek reach into four figure sums on the secondary market.

The doll series has not been without turmoil however, as the dolls were notably banned in Greece following comments from the development ministry of the country saying “These toys constitute a serious threat to the smooth formation and development of the child’s personality and mental health”.

You can join the waitlist for purchasing the new Pennywise doll at the Mezco Toyz website which retails at $46, but it appears to be sold out at most locations.