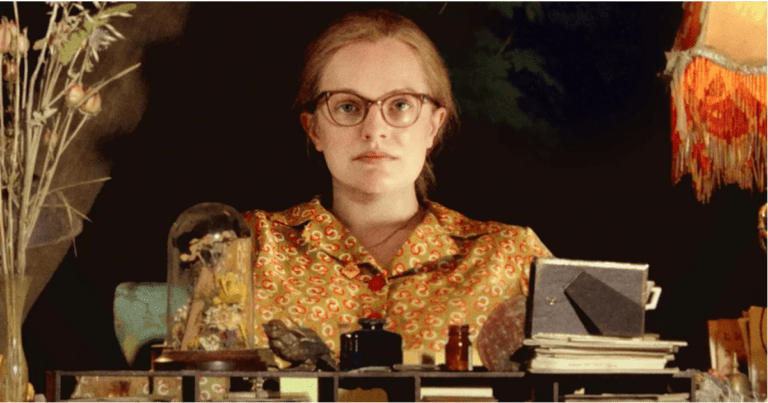 Shirley, the upcoming horror film starring Elisabeth Moss has been teased for quite some time. Based on the book of the same name, by Josephine Decker, the film focuses on the life of writer Shirley Jackson, who Ms. Moss will play in the film. Ms. Jackson is perhaps best known for penning the critically and commercially acclaimed novel The Haunting of Hill House.

The psychological horror film looks to follow the same premise as the book itself, which follows Shirley Jackson and her husband Stanley Hyman as a young couple moves in with them. While the young couple looks to start their new life together, they soon find themselves in the middle of a psycho-drama that would eventually inspire The Haunting of Hill House book.

The horror film premiered at the Sundance Film Festival, where it received quite a positive reception. Many reports from the time suggest that it mixes standard genre elements with a psychologically driven story to keep viewers in suspense throughout. As such, fans of the book itself should find themselves hooked.

During the Sundance Film Festival, it was also announced that production-house Neon had acquired the rights to the film and would be responsible for releasing it. In the months since then, Neon has announced the movie’s release date and a large amount of marketing materials.

The newest trailer, which you can see below, highlights just how psychologically terrifying the movie might be. Alongside Elisabeth Moss, best known for movies such as Us and The Invisible Man, it’s also been confirmed that Michael Stuhlbarg, Odessa Young, and Logan Lerman will co-star. Sarah Gubbins is also credited as the film’s scriptwriter. Martin Scorsese serves as executive producer.

Shirley is expected to be released worldwide on June 5, although it’s unclear as to whether this will still be the case due to recent events.