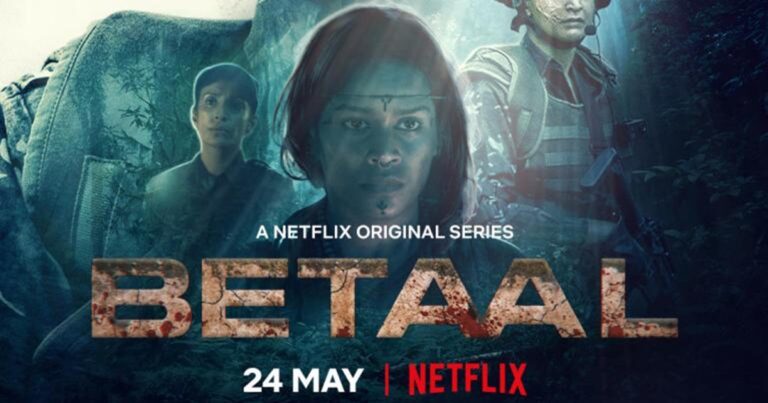 Indian folklore is rarely used in the horror genre, although it looks to enter the spotlight with Betaal, an upcoming Netflix show created by the team behind Ghoul. Featuring an all-star cast, the show is scheduled to be released later this month, with a new trailer giving potential viewers a glimpse of the terror.

Describing the show, the studio has said:

“The story is set in a remote village, which quickly becomes the arena of a breathless battle when a two-century-old East India Company Colonel, infected with the Betaal‘s curse, and his battalion of blood-thirsty zombie redcoats are released from their tomb – attacking anything with a pulse.”

Noting the terrifying nature of the series, the production studio has also gone on to say:

“With the CIPD (Counter Insurgency Police Department) forces pitted against the undead army, hapless civilians are trapped in a gripping, edge-of-your-seat conflict.”

It looks as though Netflix is aiming to bring back the zombie genre in a big way, adding a unique blend of cultural diversity to what was previously a bland formula. With the series using quite unsettling imagery and a unique perspective, Betaal could take off where the likes of ABC’s The Walking Dead fell flat.

Betaal is set to be released on May 24 on Netflix. Vineet Kumar, Aahana Kumra, Suchitra Pillai, Jitendra Joshi, Jatin Goswami, Manjiri Pupala and Syna Anand all co-star, with the horror-thriller looking to keep viewers on the edge of their seats for the entire runtime. Based on the trailer, which you can see below, fans of horrors and Indian folklore shouldn’t be disappointed.