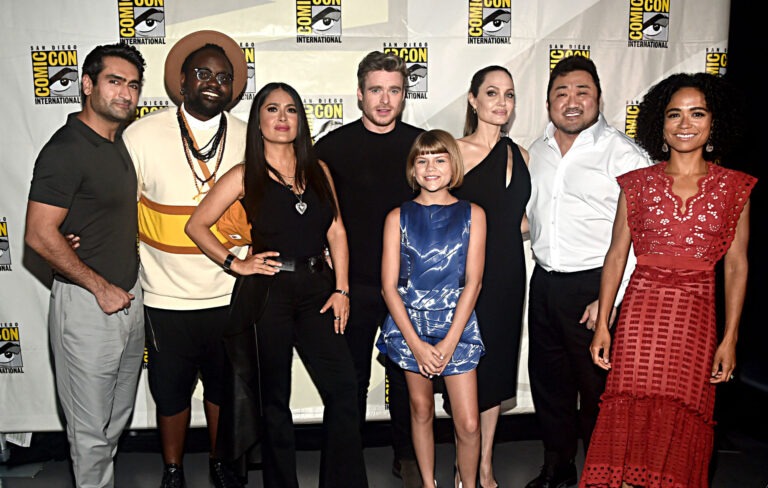 Gender and sexuality have always been hot topics when it comes to Hollywood, and the Marvel universe is no exception. With this being said, it has been announced that Eternals will feature not only the MCU’s first ever on screen queer kiss, but also its first openly gay main character.

Haaz Sleiman plays the husband of Phastos, one of the eternals. The eternals are an immortal alien race who were created by the celestials, one of the oldest and most powerful groups of entities in the MCU. The eternals have been hiding on earth for over 7000 years and in the film they are set to reunite to fight a great evil.

The kiss will be between Phastos and his husband and will apparently be quite momentous, Sleiman notes in an interview with NewNowNext “It’s a beautiful, very moving kiss. Everyone cried on set. For me, it’s very important to show how loving and beautiful a queer family can be.”

Alongside this announcement there are also recent rumours that Tessa Thompson’s Valkyrie character would be focusing more on her sexuality in upcoming appearances. In an interview Director James Gunn says “The IP is not mine. But with the actors, I feel whatever makes them comfortable — whether they feel like there’s a natural choice, or a natural way for that character to go — then I’m pretty supportive…If Tessa wanted to do that, I’m in”.