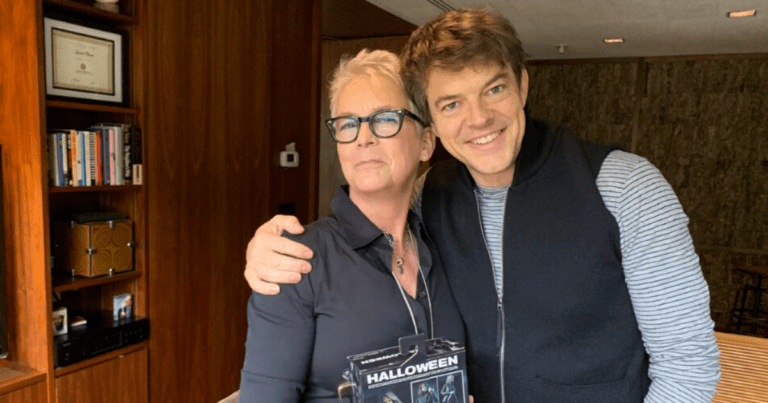 With many memorable roles from films such as Laurie Strode in the Halloween franchise, Tess Coleman in Freaky Friday, and Linda Drysdale-Thrombrey from Knives Out, it is great to see that Jamie Lee Curtis has still got it at the age of 61.

Very soon, we will all be seeing a new venture from Curtis – as a director of a full-length feature. She has recently inked a three-year first-look deal with Jason Blum’s Blumhouse for her Comet Pictures company. The deal covers all of the company’s upcoming film and television projects.

Curtis and Blumhouse’s first collaboration under the new partnership will be the upcoming “eco-horror” movie called Mother Nature, which will center on climate change issues. Of course, with the current pollution reports now, nothing gets scarier than climate change.

Mother Nature was written by Curtis and Russell Goldman, Comet Pictures’ recently appointed Head of Development for Film and Television. Also, Curtis will be taking the directing duties.

In a press release, Curtis said, “I am 61 years old with a motto: ‘If not, now, when, if not me, then who?’ I am very excited to have a new creative home to freely explore my ideas as well as others.”

She also mentioned that Comet has never felt more welcome with Blumhouse coming on-board. They are more than ready to bring new stories to life.

Before the deal, Curtis and Blum have previously worked together on David Gordon Green’s 2018 reboot of Halloween, which allowed her to return to the character of Laurie Strode. Many knew that the film broke grounds in terms of box-office returns, and they are already gearing up for two sequels in the coming years, revealed to be titled as Halloween Kills and Halloween Ends respectively.

What are your thoughts on Jamie Lee Curtis’ first-look deal with Jason Blum’s Blumhouse? Share your reactions in the comments section below.