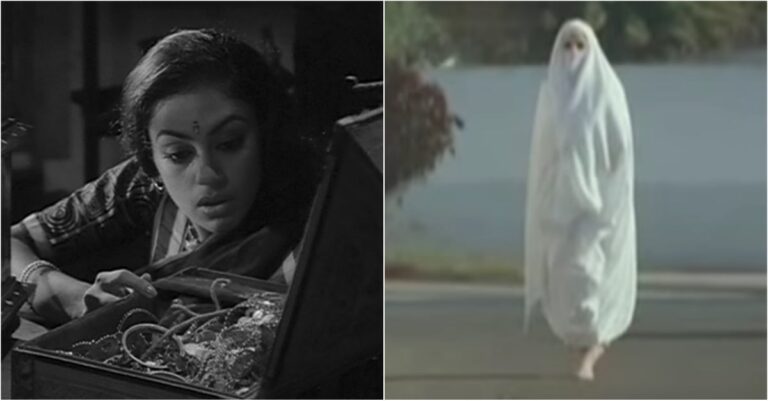 If you are expecting the typical list of horror movies that is chockful of Hollywood box office success such as Psycho and American Psycho. What makes this list of horror movies so outrageously good is the fact that it combines movies from all over the world into one list. From Indian to Egyptian and even European films, this collection of horror tales will jar you.

Hour Of The Wolf

A Swedish psychological and supernatural thriller, Hour of the Wolf is about a man who is haunted by demonic presences. His disintegration is witnessed as well as the effect of the seemingly odd aristocrats residing in the castle nearby.

A Moroccan film, Kandisha is about a woman, Nyla Jayde, who is in mourning for her daughter’s death. She soon meets a similar incident with a woman accused of murder who claims that she is not a murderer and Kandisha is the one responsible. Kandisha is a vengeful spirit known to punish abusive husbands. Kayde decides to investigate and the more she learns of the tale, the more she realizes the magnanimous truth that hides behind it all.

A Canadian film observes the viral outbreak in a town in Ontario. Quite unlike any zombie horror you have ever watched, Pontypool is a psychological horror thriller that will have you questioning why you watched it in the first place. Of course, if you are a true horror fan you will already know the answer to that.

A Czech film, the Cremator is set in the 1930s in Austria. It was released in 1969 and it focuses on Roman Kopfrkingl’s life – a believer in the Tibetan Book of the Dead and the idea that cremation unburdens the soul from earthly suffering. With the prospect of promotion up ahead and the idea that his half-Jewish wife is holding him back, the film inspects Roman’s beliefs on earthly suffering. He takes matters into his own hands with the Nazi troops approaching the borders and enacts his beliefs.

An Egyptian film, the Blue Elephant is about a psychiatrist by the name of Yehia Rashed. Having suffered a career blow due to alcoholism, he is finding his way back up the ladder. His first patient ends up being a close friend who raped his wide and murdered her. While Rashed works with his new patient he finds himself drawn into a world in which he is incapable of even trusting his own senses.

An Indian film, there are multiple remakes of Manichitrathazhu and it was also released under an English title “The Ornate Lock”. It was first released in 1993 in India and narrates the story of a couple who go back to their ancestral home. They find a locked and forbidden room in the house. The wife, being unable to contain her curiosity, breaks into the room and unleashes a tortured spirit. Soon the spirit begins to possess her.

A British mystery horror film, the Wicker Man follows an investigative police officer who is on the trail of finding a missing girl from a Scottish island village. The film sheds light onto the pagan practices of Ancient Britain. It is termed as the Citizen Kane of horror movies by the British Press.

This film came into being with the joint efforts and genius of the directors from Japan, China and South Korea. It is a masterpiece that will leave you wide mouthed and horrified. The film earns its title from the fact that it is distinctly split into three parts. It is nothing less than complete horror.

Mother Joan Of The Angels

A Polish film, Mother Joan of Angels narrates the story of a 17th century priest who oves to the countryside on news of a possessed nun. Upon reaching there he is faced with the real horrors of demonic possession, specifically sacrifice. A classic, this truly horrific film defies odds in the genre.

A Mexican film, Cronos is a production that blends a multitude of genres and hence does not fall under a single one. It tells the tale of a man who stumbles upon an artifact and becomes a slave to the powers it grants him. Eventually supernatural forces begin hunting him.

I Saw The Devil

This South Korean film is about a serial killer who is impossible to catch due to a very simple reason: he follows no pattern whatsoever. One evil act follows the other and he continually evades the law/ The young police officer who is after this murderer is the central focus in the film. His quest allows one to think of what monsters dwell within our communities.

If you have reached the end of this list successfully without dashing off to watch one of these already, you need to get a grip. These ultimate classics put a whole new name on horror films. Given that they all stem from different backgrounds and cultures; it is necessary to view these with an open mind as they will be very different from your average Hollywood horror film.