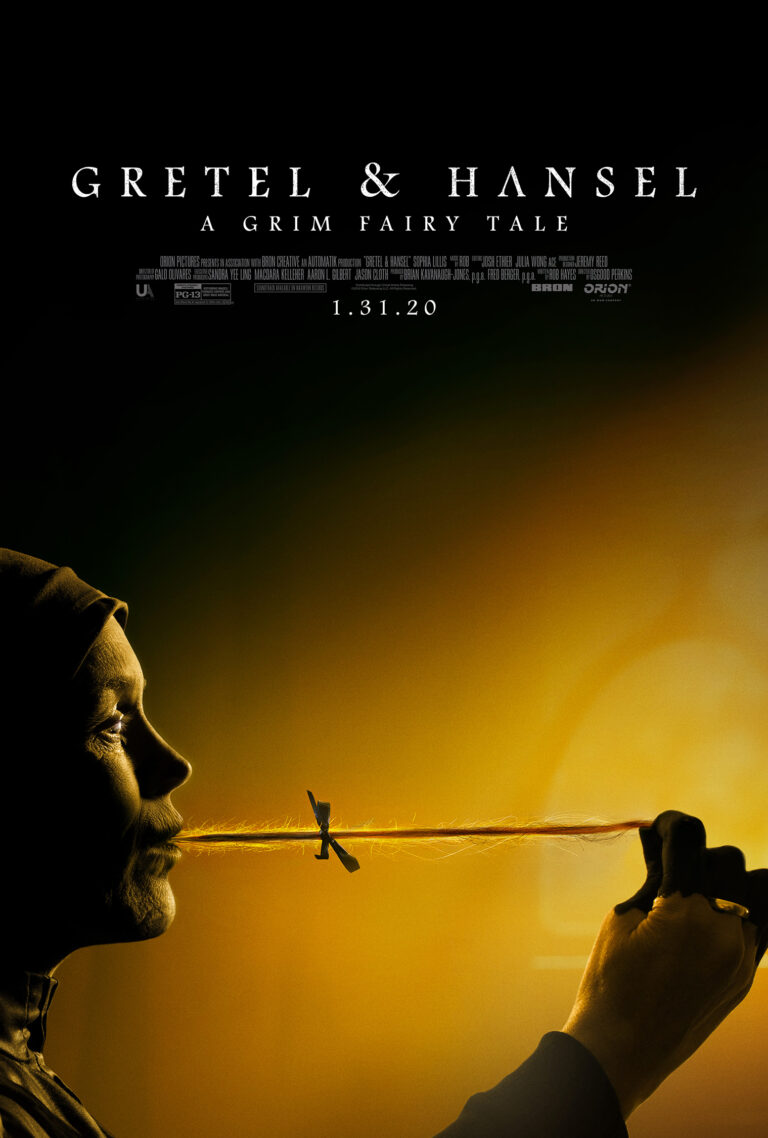 Orion pictures have released a (cough, cough), ‘grim’ new poster for their 2020 movie Gretel and Hansel.

The film itself, which has The Blackcoat’s Daughter director Oz Perkins at the helm and stars IT standout Sophia Lillis as Gretel,  has been billed as a ‘Grim Fairytale’, playing upon both the story’s origins and the studio’s clear intentions to emphasise the tale’s darker elements. An intention further underlined by this, latest offering.

The poster, which shifts the attention from the titular pairing and instead  focuses on the gruesome prospect of a child hungry witch lurking in the woods, continues the studio’s run of form when it comes to producing striking promotional images, the posters for their previous movie, ( this year’s Child’s Play remake, a stellar review of which by yours truly can be found elsewhere on the site ), being amongst the year’s best.

The gruesome image, is a profile shot of the witch and shows her teasing a length of hair adorned with a bow from her mouth, the implication being either that she is the world’s worst hair stylist or more likely, that things are not looking good for the hair’s previous owner.

Gretel and Hansel is set for release in January. Until then I plan to relax with a cup of tea and something sweet. I suddenly have the strangest craving for gingerbread…