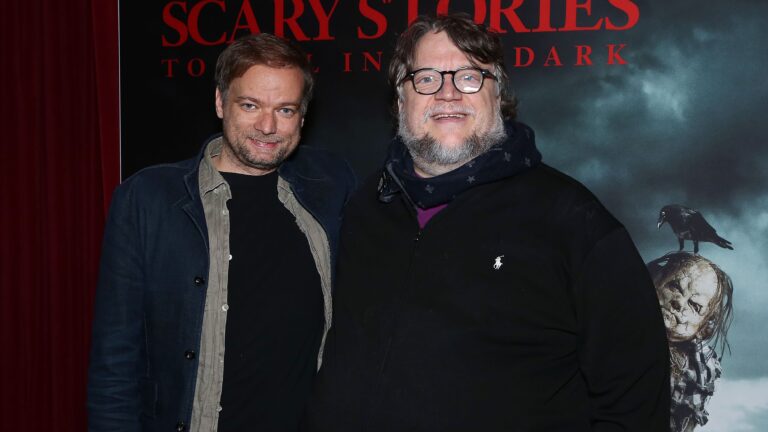 Following on from the successful first iteration of the series which made over $100,000,000 worldwide, a Scary Stories To Tell In The Dark sequel is in the pipeline, and many of the people who worked behind the scenes in the first film, are returning!

The Hollywood Reporter confirmed yesterday that both Paramount and Entertainment One would be on board to help produce the follow up to the 2019 horror anthology, alongside returning director André Øvredal.

Both Dan Hageman and Kevin Hageman return to the writer’s room for the sequel with Guillermo Del Toro once again being responsible for the screen story, and it is yet to be confirmed if Del Toro will return to produce the sequel as he did for the first Scary Stories To Tell In The Dark.

It was almost a guarantee that we were going to be getting a sequel to the film, not only due to the fact that it was received well by the fans but also because of the large amount of source material from original creator Alvin Schwartz’s books that are yet to be explored.

Schwartz’s short story collection of the same title comprises of three books, each including at least 25 tales, of which only three were covered in the original film, so there are absolutely mountains of material just waiting to be adapted to the big screen.

2019’s Scary Stories To Tell In The Dark is set in the town of Mill Valley on the night of Halloween 1968. After finding a hidden book of horrors in an abandoned haunted house, three teens find the stories coming to life in grim and scary ways. The first tale involves a demonic scarecrow, the second is about a zombie on a bloodthirsty quest to find his missing toe, and the third portrays the murderous Jangly Man.