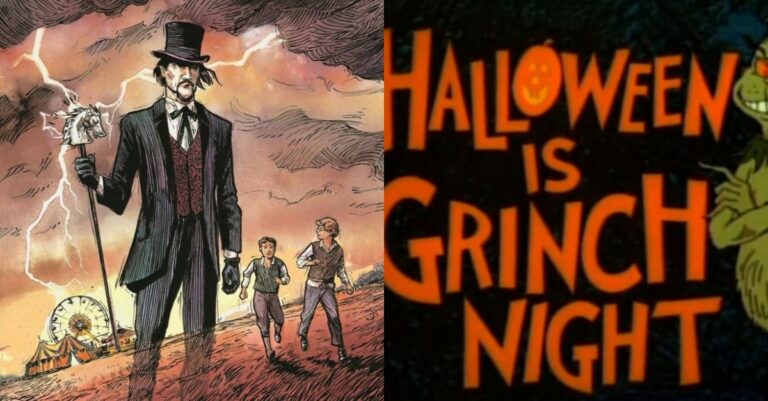 Many fans of horror movies began to enjoy it when they were still very young, with Halloween specials like Garfield or Disney.

Therefore, in the 80’s, Halloween specials were crucial during the fall season, and by nightfall the schedule switched to the horror specials of the season. So we make a count of the most tenebrous, so you can remember, with fear and emotion, your childhood.

Claymation by then was one of the most creepy forms of art. Their special Halloween was based on the story of a pig and a snail who found a map, which explained how to get to the castle of Frankenstein and during the trip were encountered with a large number of monsters.

Garfield has been one of the most iconic characters on television, and of course this character has his Halloween special, which carried out the normal adventures of the orange cat but in a way that would scare every child.

Although this program was done in the late 70’s, it was one of the specials that could not miss during the Halloween season in the 80’s, which is a prequel to the Grinch Stole Christmas.

So in this film the citizens of Whoville do not have Halloween, instead they have the night of the Grinch, in which the atre to any citizen and puts them in a trance in which makes them see the images of terrifying monsters.

This program was animated by a pumpkin that could speak, and they were a group of sketches of the most frightening drawings of Disney.

In this story, a devilish circus arrives in a small town and its demonic owner takes advantage of its inhabitants. This is one of the classics that every child is terrified of.

This film was created by Disney as a children’s version of Freddy Krueger. Although the plot is based on a family that has moved to a haunted house.

This is not exactly part of the Halloween special, but has a particular episode that where a villain begins to kill all the girls, so they usually include it in specials of the season.

The episodes of Punky Brewster always revolved around dark themes, during this special Punky and the band decide to explore a Cave during a camping trip. Once in the cave they meet with an evil spirit that transforms all their friends in terrifying versions and makes Punk is attacked by a giant spider.

This special Canadian Halloween was very much aired on the Disney Channel in the 80’s, in which some children summon a witch to turn them into real monsters of fear.

The film tells the story of Mildred, a young witch, who is not the best in the witch academy and which generates many setbacks throughout the plot.