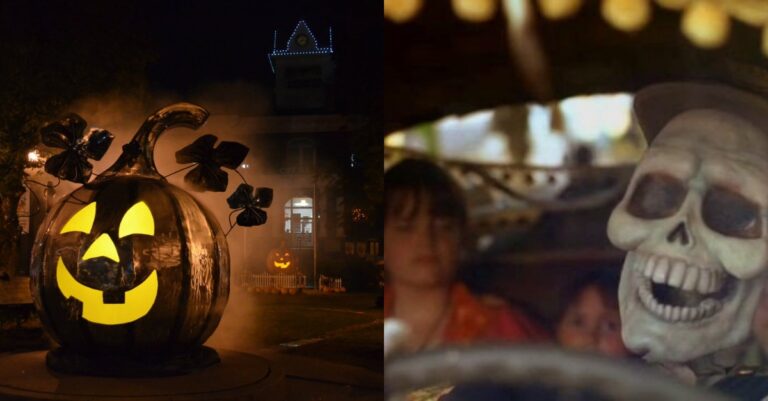 Halloweentown is a movie that, despite being released 19 years ago, is and will be truly iconic and incredible. There are many people who are talking about it on the internet and we will tell you why.

We remembered that it was Marnie, a little girl, who discovered that she was bound to be a witch.

The Piper family and Mrs. Aagie Cromwell became completely adorable characters that we all wanted to see again and again.

And we not only loved the “real” characters, but also got a lot of appreciation for the characters who looked a little strange like Benny The Cab Driver or Natalie The Troll.

Why the internet is going crazy

What makes everyone crazy on the internet is the fact that we can now visit halloweentown. That’s right, we no longer have to dream about this city that caught our attention, now Halloweentown is a reality and everyone is talking about it.

St. Helens, Oregon, is the small town where the film was filmed and, honoring that, every year makes “Halloweentown” a reality and this year will be no exception.

The Plaza Square is enjoying a little bit of quiet tonight before the #SpiritofHalloweentown festivities this weekend. pic.twitter.com/dTIaLQakO6

Even rides on mysterious tractors and haunted houses

A sneak peak inside the Haunted House at Spirit of Halloweentown. Runs now thru Oct. 29th ??? Tickets at https://t.co/31IBxv8Xaz pic.twitter.com/4Ifgh5r3Dj

And if that was not enough, this year St. Helens will dress to welcome the entire Cromwell Clan, as announced by Kimberly Brown (Marnie Piper), to honor the late Debbie Reynolds (Aggie Cromwell).

This reunion ceremony will be held on October 14. If you do not want to miss this event book your flight to St. Helens or ask Benny The Cab Driver to take you.