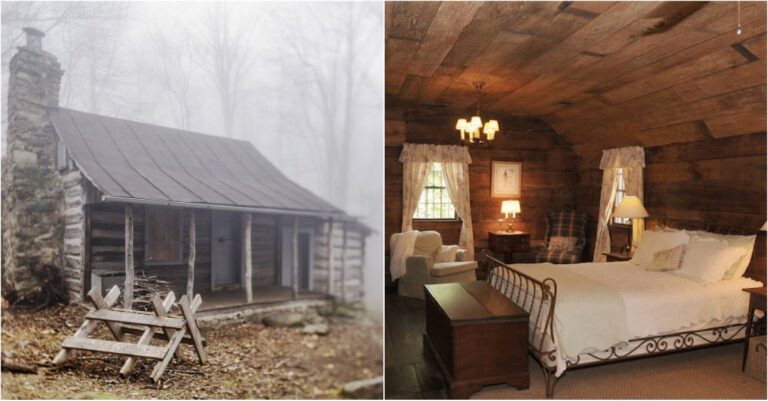 Halloween is one holiday that is all about horror and scares. While many people suffice by dressing up and decorating their hallowed abodes, there are others who seek greater risks and adventure. Delving into the world of spirits and lifting the veil that transcends into other worlds is just the tip of the iceberg for these people.

If you happen to be one of the many people who seek thrilling horror, then we have the perfect to-do list for you this holiday. The following are a list of real-life haunted cabins that you can drop by during this Halloween.

Situated in Shenandoah National Park, the Corbin Cabin is one of the oldest structures of the park and it dates to early 1900s. Most of the times, hikers rent the log cabin for the night. If you plan on staying, keep your eyes peeled for Nee Corbin’s ghost – a woman who died in childbirth. Her spirit is said to still haunt the cabin and wander the forest.

On the edge of Ontario’s White Otter Lake, rests the White Otter Castle. It is a log cabin that stands three-stories high. It can only be reached via plane or boat. The cabin was hand built by Jimmy McOuat as a gift for his bride. In 1918, he died by drowning and his grave is there on the site. The waterlogged grounds are fabled to be haunted by his ghost.

This log cabin dates back to the 1800s and is located in Robertson County, Tennessee. At some point it was home to John Bell and his family. The family was said to have been tormented for years by an invisible spirit: the “Bell Witch”. She was a female entity who directed her speech to the kids and is assumed to have caused the family patriarch’s death. She was also known to physically assault the family members. Along the tour you will hear the haunting screams of the past tenants.

The Austin Log House is part of the U.S. National Register of Historic Places, located in Austintown, Ohio. It is an early-19th-century cabin. For a while it was hidden by a larger house but now the Historical Society has restored the cabin and allowed public access. However, it is important to stay alert for you might encounter the headless soldier who guards the place.

These are a chain of 6 cabins, all situated in Fort Worth, Texas in a plantation village. Out of the half dozen cabins, the Foster Cabin housed Harry Foster in the 1800s alongside his wife. It has since been adapted into a history museum and is open to the public. The scent of Mrs. Foster still lingers in the hallways and footsteps can be heard echoing around.

In Savannah, Georgia, a historical 1799 pine cabin which is open to the public for booking is infamous for a female presence. Laura, before her death, resided within the cabin for more than 50 years. Supposedly even after she died, she still cares for the house. She is known to greet guests with the scent of burning wood and flickering lights. She is even noted to appear at the dinner table.

The Shamrock House has been around since 1925 and lies in the mountains of Sunset, South Carolina. The place has 10 acres of gorgeous grounds which is perfect for when large groups of visitors drop by. It is great for sleeping out under the stars but only as long as you are not visited by Nancy, the daughter of a preacher who died on the grounds from an opium overdose.

The Great Smokey Mountains National Park holds a deep secret within. The legendary ghost of Lucy dwells within the forest. Lucy is speculated to have died in the 1900s in a raging fire which demolished her family cabin. The Roaring Fork Trail is where she is most frequently spotted (even following visitors at times).

The Mathias Cabin is the perfect abode for avid hikers who take to Clearcreek Metro Park in Rockfield, Ohio. Although not open for visitors of guests, its haunting appearance will definitely leave a mark on you. The path that leads up to the windows hosts a plethora of whispers and odd voices. There are flickering lights and many people have stated to have seen ghostly pale faces peering at them from the windows.

Fort Meigs resides on the ancient Native American burial site in Ohio. In 1812, during the war, soldiers who hid inside the log bunks were brutally murdered by a surprise attack from the Native Americans. Now open to visitors, the haunted bunks and the grounds can be visited. People who have gone there claimed to hear the haunting sounds of thundering muskets.

Whether you believe in ghosts or not, these places are worth a visit. Not only are they spooky to a haunting degree, but the fact that they are all real places and not movie props makes it all the scarier. North America is famous for its array of spooky places but these historical log cabins hosting restless spirits pumps up the fear factor immensely.