Freaked DISCOVER THE ART OF PUBLISHING
Home Horror News Home is Where the ‘Hurt’ is: Werewolves and Vampires Top Poll In List of Deadliest Home Moves in Horror. 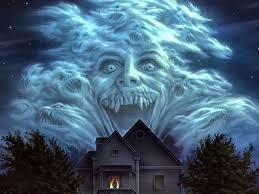 Sometimes being a horror fan can be exhausting. Moving house is stressful enough already. There’s the agents to deal with, the searching around for the perfect place and of course the contracts, in which you have to carefully check over every detail.

Contracts that are worse if you’re a horror fan, as this is the point at which you have to double check that the property wasn’t originally built on an ancient Indian burial ground, doesn’t have a pet cemetery just round the corner, and has been checked for the possibility of demons living in the attic. Standard procedure, but tiring none the less.

Whether it’s Count Dracula upping sticks from Transylvania for Carfax in London, or the multiple families that have inhabited the Amityville house, home moves are a staple convention within the horror genre, often leading to creepy goings on, terrifying encounters and in a lot of cases death. Lots of death.

So dangerous is the very act of shifting spaces that Compare My Move has compiled a list of the deadliest house moves in horror movie history, based on the number of on screen deaths. The results are very interesting.

It turns out that whilst having a ‘haunted’ house might not make for a good nights sleep (what with the ghosts going bump in the night and wearing all the bed sheets all of the time) it turns out it isn’t as much of a threat as you might think.

The list reveals that being a ghost and having no body, means you also hurt nobody, or at least not as many as some of the more corporeal horror threats. Rather, it is the traditional old school movie monsters, the werewolf and the vampire that top the polls in terms of body count.

Whereas the original Amityville Horror clocks in at a big fat zero in terms of actual deaths (there are a smattering more in the sequels) – the upper echelons of the list are dominated by the furry and the fanged, with werewolf movie Blood and Chocolate taking the top spot with a howling 256 deaths, over 100 more than its closest rival, and legendary bloodsucker Bram Stoker’s Dracula who takes the number 2 spot with 145.

You are also more likely to bite the big one if your horror movie is a re-make, or if your film was made in the Noughties, which was revealed to be the worst decade by body count. The housing market actually looks a little better in terms of risk of death since we emerged into the ‘teens’ or whatever this debacle of decade is called.

As is often the case, quantity doesn’t always mean quality. The list confirming that a higher number of on screen deaths does not necessarily correlate to a better film. In fact, only one of the movies listed in the top ten in terms of fatalities, achieved over 80% in terms of rating, with eventual winner Blood and Chocolate clocking in at a measly 11%.

What’s more, in a strange twist, the film with the highest number of on screen deaths also turned out to be amongst those with the lowest certification, having been listed as a 12.

The complete list of 100 movies and a breakdown of the results is available at Comparemymove.com. Just be sure to move in the daylight and definitely not on the full moon.