Freaked DISCOVER THE ART OF PUBLISHING
Home Movies The Zodiac Killer: The Movie That Allegedly Caught the Real Killer 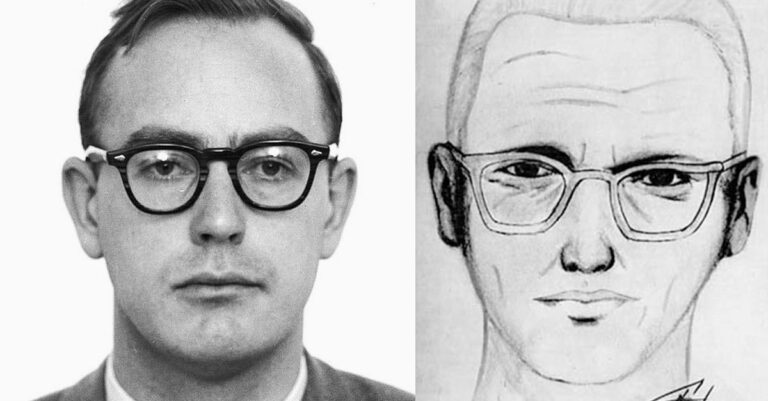 The 2007 film Zodiac by David Fincher is a gripping horror crime motion picture that is widely respected in the industry. The Hollywood production’s budget was $65 million but it was not the first of its kind nor the most unique either. As far as moxie goes, the 1971 version by Tom Hanson which was later re-titled to “The Zodiac Killer” stands unparalleled to any and all versions.

It had a $13,000 budget and was a made-on-the-fly exploitation blowout which was filmed in San Francisco. The movie was created during the peak period of the Zodiac’s serial slaughters and media manipulation in that very region.

Perhaps one of the most interesting aspects of the film is that it was created to serve as “bait”. Hanson believed that the film would draw out the real Zodiac Killer to come to a cinema which included further traps to ensure the murderer was ensnared. Watch the trailer of the film below:

The history of the Zodiac Killer is s chilling one. It began in August 1969, when someone who claimed to be an active serial killer began writing taunting letters to the top daily newspapers in San Francisco. In the beginning, the sender mailed a 408-character pictogram puzzle followed by a signature. Later, he began to refer to himself as Zodiac.

Every new letter sent was the beginning of a horrifying pattern. The Zodiac would kill a target, send a letter and then strike once more. Despite the authorities’ attempts to identify the assailant, no progress was made. That was when Tom Hanson, part-time filmmaker and owner of the Pizza Man restaurant chain, took charge.

The production was frantically put together and around the end, viewers can hear the director yelling “cut” in one scene. Afterwards, Hanson booked the Golden Gate Theater for Zodiac just off Market Street. Hanson believed that the Zodiac Killer would be too self-centric to not watch a film starring him as a main character. His aim was to catch the psycho directly.

When Is He Going To Strike Again?

Hanson created a cross-promotion with Kawasaki and set up a motorcycle giveaway. Additionally, viewers of the film would get an open ended prompt “I think the Zodiac kills because…” upon the purchase of a ticket. The viewers would then jot down their suggestions and place the answers in a box alongside their address and name.

Hanson then had an associate hidden in the box who would analyze the responses. He would then match the responses as well as the handwriting to the letters sent by the Zodiac Killer to newspapers. Additionally, Hanson had another guy stationed inside an ice cream freezer staking out the crowd. The only hitch occurred when the vent failed to work and the guy almost froze because he was not taken out in time.

In a recent entertaining and highly informative interview, Hanson explained his plans:

“In the lobby on the second floor, I had a display built that didn’t look like there could be anybody underneath it. The motorcycle was on top of that, and the box was there to drop yellow cards in…

If a card came through that had some significance, [the guy in the box] was supposed to push a button that would alert all of us. I also had a guy in a freezer, one guy across the street, one guy in the theater, and one guy in the office, and we just kept more or less alert.

People went and saw the movie, and they dropped those cards in to win the free motorcycle. We would look at them, and there was all kinds of bull— in there — ‘He kills because he’s been treated badly,’ on and on. And then on the fifth or sixth night, I forget which night it was, one of those yellow cards came through the box – ‘I was here, the Zodiac.’ That was all that was on there.”

In the same interview, Hanson stated that he believes he met with the Zodiac Killer face-to-face in the restroom. While relieving himself, the director said someone sneaked up behind him and said, “Y’know, real blood doesn’t come out like that!”

After wheeling around, it was unmistakable that the speaker was an exact match to the sketch on the Zodiac’s SFPD wanted poster. Hanson assembled his team and they grabbed the man and dragged him into the office.

The guy was interrogated by six sleuths albeit amateur. Hanson states that the man remained unshaken despite the heavy accusations. He then talked himself into calmly being let off. The next day, Hanson claims that the guy returned saying, “I just thought I’d stop by and see if everything is okay”, before leaving.

The director states that even if the guy was not the Zodiac Killer, he would have definitely been the boaster on those yellow cards. Upon inquiry as to why he never took it further, Hanson said, “I had to leave… you gotta try and make a living.”

The new release of the Zodiac Killer Blu-ray contains many more interviews with Hanson, a second true-crime astounding bonus feature “1977’s Another Son of Sam” alongside more special features about this one-of-a-kind moment in movie history.