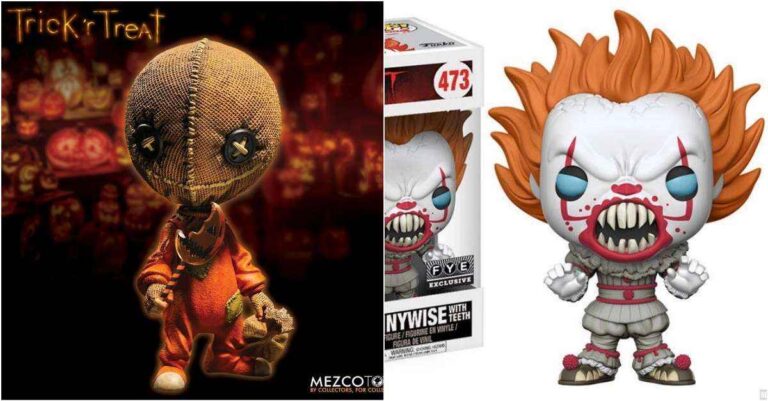 Are you a fan of stuff that could scare the s*** out of you? But you love it so much that not only in movies or serials, you would also like to see some part of those fascinating and horrible characters in your real life as well? If you are one of them, you should definitely thank companies like NECA, Funko and Mezco who fulfill your such desires by bringing the weird creatures in form of toys for you.

Every year they innovate and come out with a lot of new  horror characters. Its your choice if you would like to keep your favorite creepy toys close to you or if you want to place it on some shelf in your room. So to make your life easier with wonderful options, we are listing down 10 of the best horror toys that were released in 2017 in terms of everything. 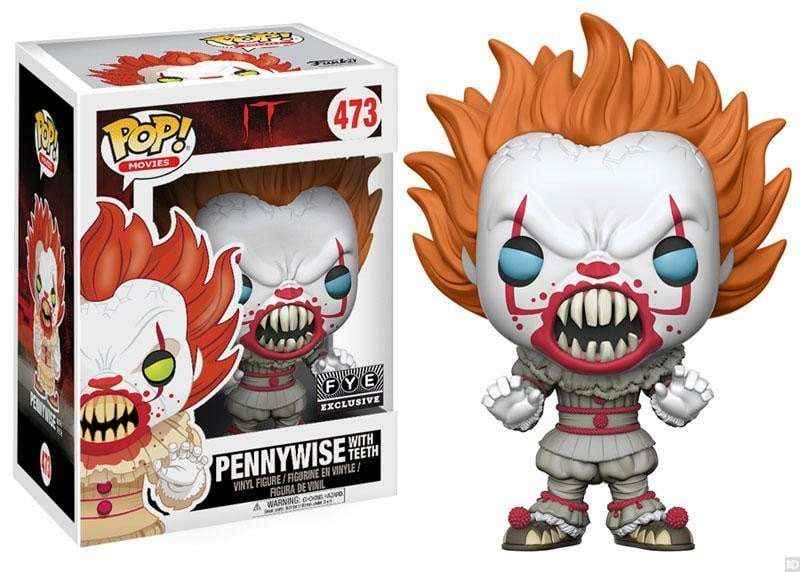 With the sheer brilliance that Andy Muschietti showed while developing this amazing character in his latest hit IT is something that will keep every viewer hooked to the majestic performance done by  Bill Skarsgård along.  With their effort, this character was brought to life in whopping five different POP and was the most dominated horror toy of 2017. “Pennywise with teeth” was one of the creepiest and coolest thing in such toys till date. Esepcially, when it is in its iconic “about to eat a kid” state. 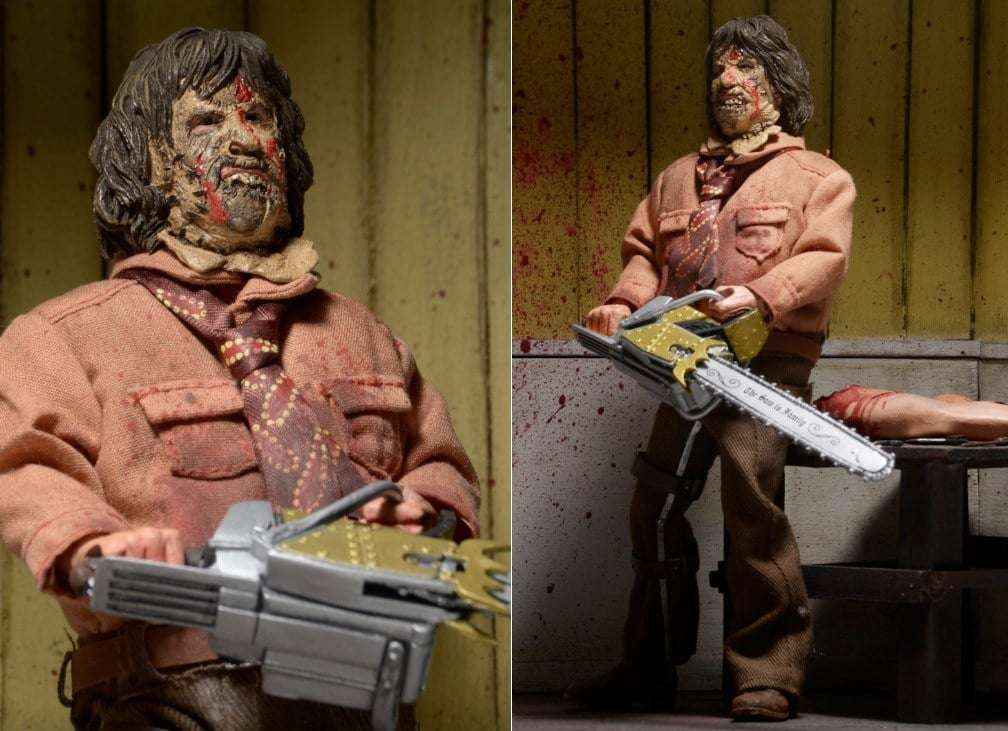 Although a long ago, Mezco did come up with Part 3 Leatherface figure, which was also not delivered, it is time to be glad again because someone did respond to the continuous requests by yours truely. NECA finally delivered R.A. Mihailoff’s version of Leatherface from The Texas Chainsaw Massacre 3 his very first action shot this year.  Make that badass chainsaw-swinging freak on your toy shelf or anywhere you could show off. 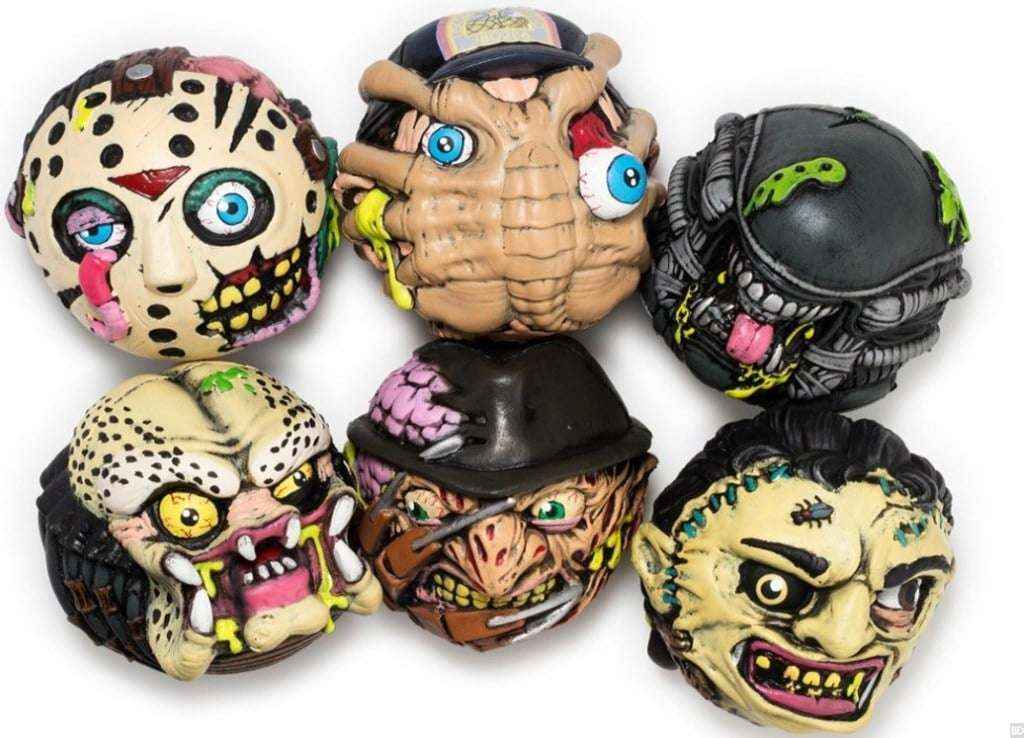 Kidrobot’s line of Horror Madballs was the most surprising thing Best Buy shelves did. Turning the classic horror villains,  Jason, Freddy, Predator, Leatherface, a Xenomorph and a Face Hugger into ’80s-style Madballs was like a child fantasy coming true for many of us. Moreover, the way it is so wonderfully designed will definitely take you back to those days. 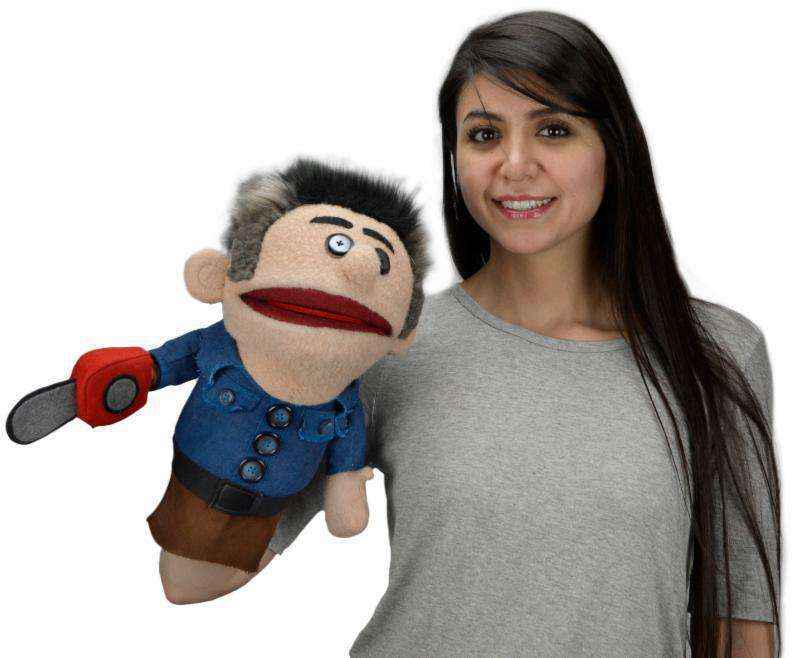 If you ever felt like having “Ashy Slashy”,  from the famous second season of “Ash vs. Evil Dead”, well then NECA just made that happen for you. The Ash Williams puppet who got the name by the residents of Elk Groove after the Evil Dead films was showcased an year ago and this is something which is plenty in stock so you can get it easily. 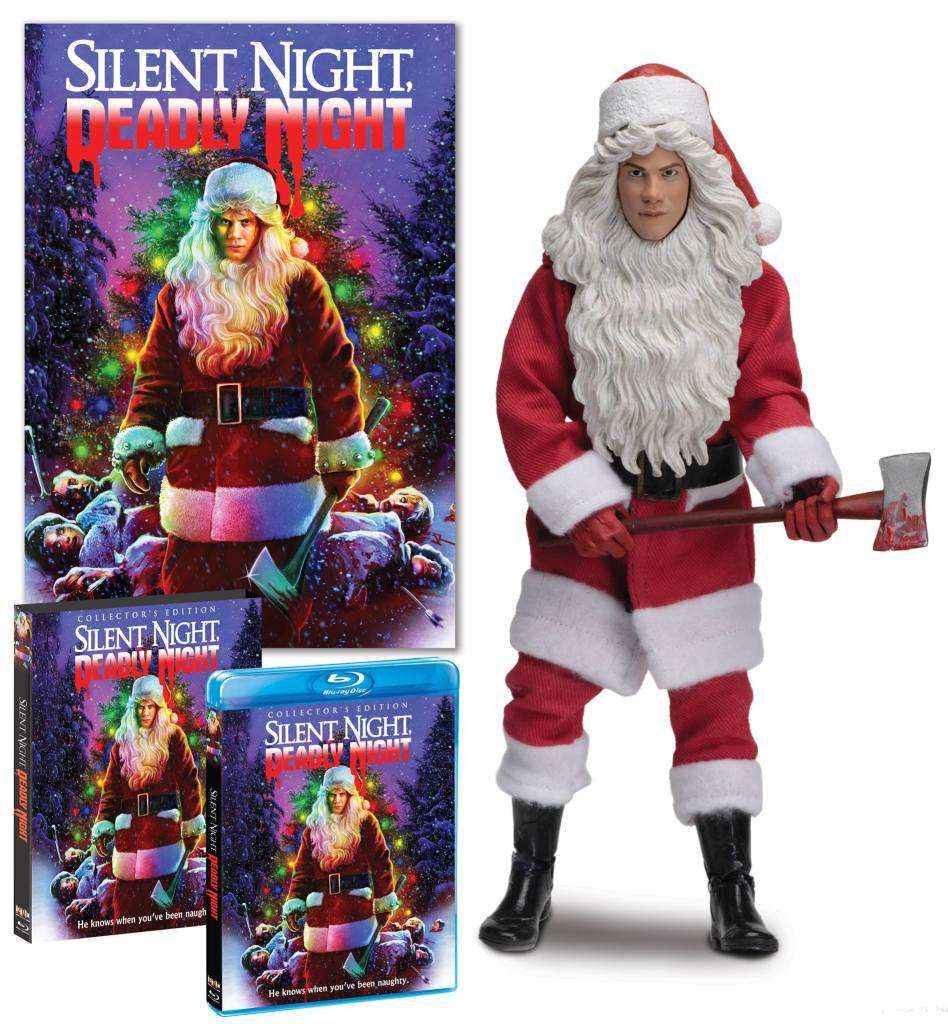 Oh boy, counting down the surprises of 2017 was another Silent Night, Deadly Night action figure of “Billy Claus by NECA. It came out with only 2000 Billy figures and it was only available to the ones buying Deluxe Edition version of Scream Factory’s new Silent Night, Deadly Night Blu-ray. Your favorite Robert Brian Wilson is in his retro style carrying a body axe and also wearing tailored fabric cloth. 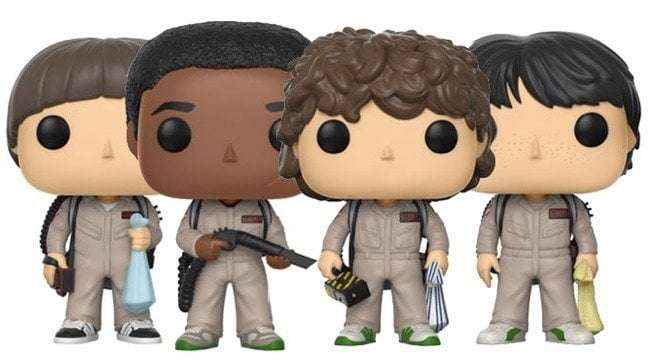 Funko hitting the bulls eye at the right time by releasing “Stranger Ghostbusters” POP! vinyl toys when season two of “Stranger Things” came up with this wonderful episode of “Trick or Treat, Freak”. The episode itself was so nostalgic and delightful that it was one of the best things to come out in horror toys. Besides, the new character Max was also made as a POP! vinyl toy. 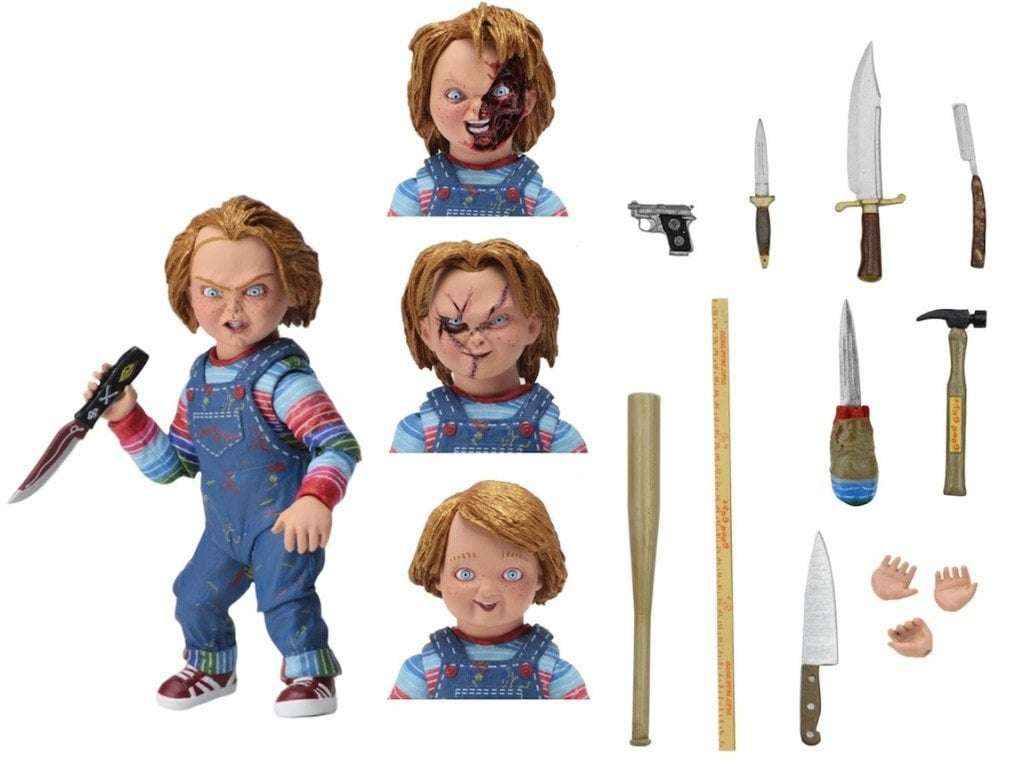 NECA values its promises made to you everytime and yet again with its “Ultimate Chucky” at the end of the year, they didn’t disappoint again. The 7″ terrifying and killer doll has interchangeable head and weapons of every sort. You can also find the bladed arm of Child’s Play 2 which you can change according to your choice. You can basically turn this into anything you like 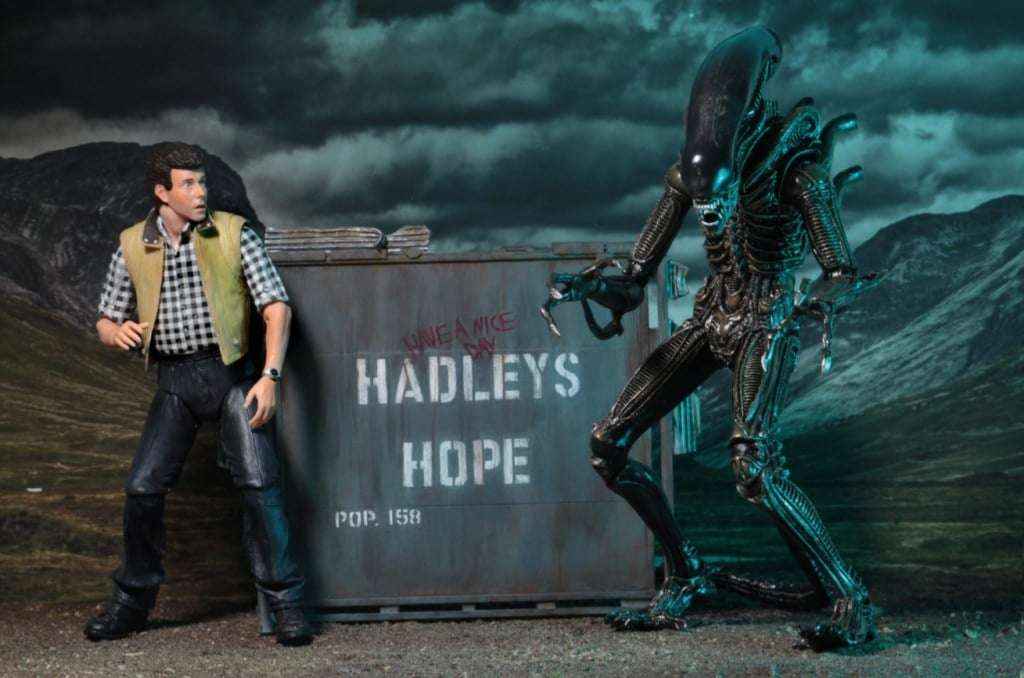 When it comes to the love for Aliens, NECA is again there. With “Hadley’s Hope” two-pack set which is highly inspired from James Cameron’s original concept. It is also the first action figure of Carter Burke with Paul Reiser alongside. The set was offically launched by Reiser himself on twitter saying

“Never been any prouder” 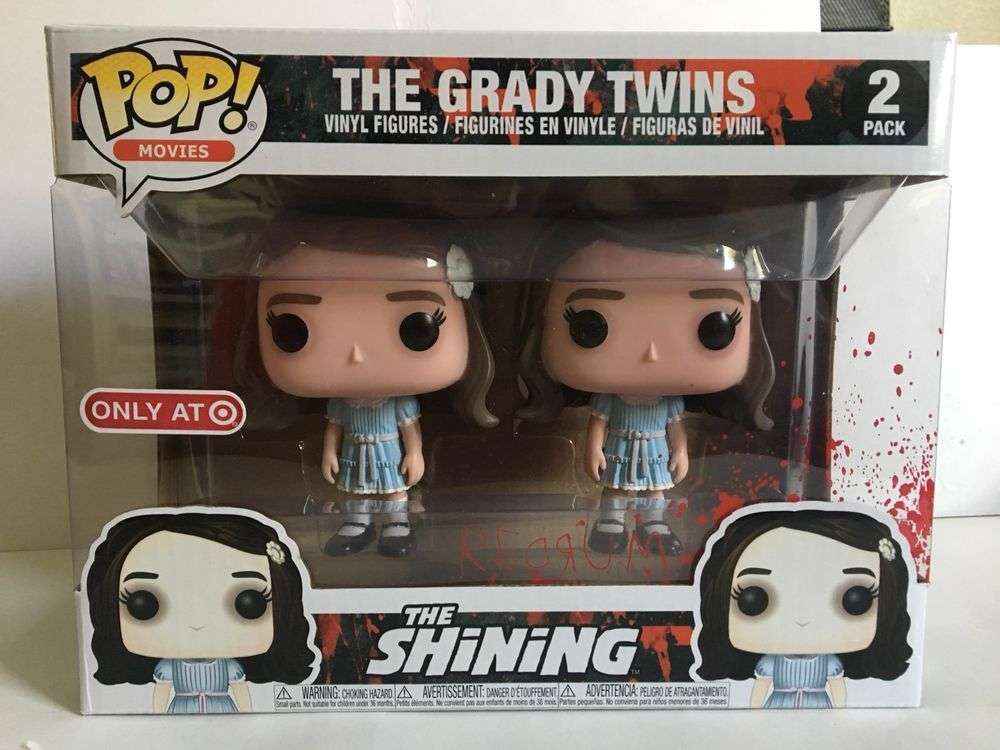 When classics like Stanley Kubrick’s The Shining’s characters were turned as toys did not get much love from people. But Funko played very smart with 1980 Stephen King adaptation and created a whole set of POP! vinyl toys which included everyone  Jack, Wendy, Danny and, coolest of all, the creepy Grady Twins. As an exclusive target, “bloody & dead” cahse variant of the twins were put into stores for target. 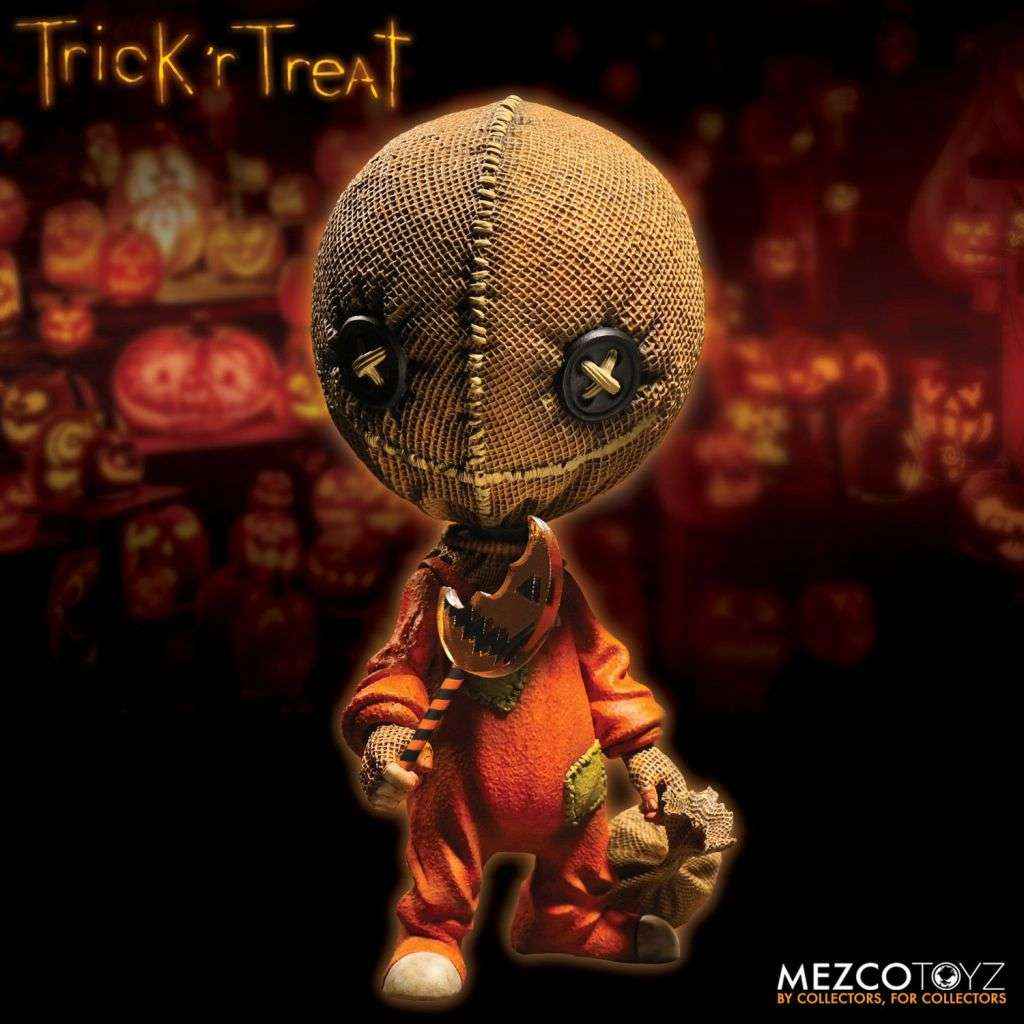 Don’t ever judge him on his size. The Trick ‘r Treat‘s Sam has been a sensation in the horror genre. Not Sideshow or NECA, it was Mezco who got the license and gave us our favorite highly stylized 6″ vinyl figure of pumpkin boy just before the Halloween. It has Sam’s treat sack and his half-eaten lollipop/murder weapon. Cute and creepy at the same time.

Let us know which one did you like the most in comments section below.