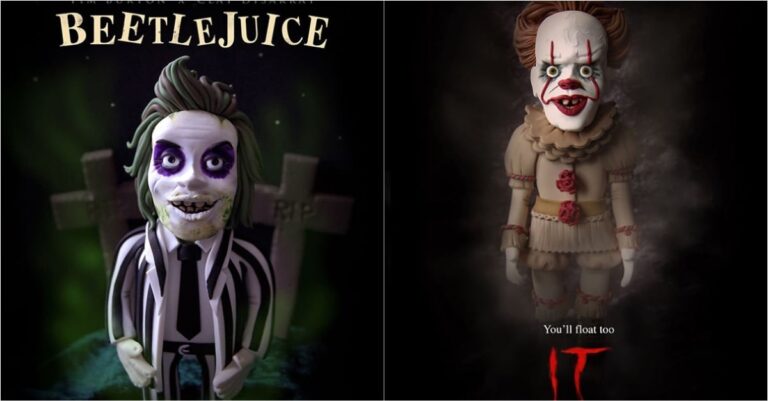 An illustrator named Lizzie from Warwickshire, UK, is making used of mixed media and polymer clay to create stunning masterpieces of horror movies. She re-imagines popular horror movie posters and the results are eerily stunning. Starting with horror movies, she soon progressed onto creating reimagined version of TV show episodes as well such as AHS: Freakshow and Stranger Things.

Although simplistic in appearance, a lot of work goes into creating these posters. AT times it takes her days to complete a single one. Check out the following list of 14 of her best creations.

The Bride Of Frankenstein (James Whale, 1935)

Lizzie’s collection of polymer clay and mixed media re-imaginations continues to grow. Her work can be found on ClayDisarray.co.uk. She has worked with the medium since a year now and is surprisingly great at what she does. Blending photography, sculpting and digital art in one fell swoop, the final result is awesome.