Freaked DISCOVER THE ART OF PUBLISHING
Home Halloween How The Grinch Stole Christmas Has A Very Dark Halloween Prequel! 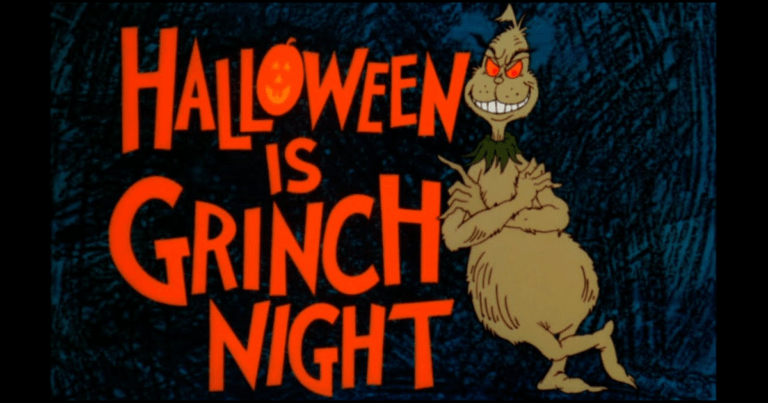 How The Grinch Stole Christmas is quite obviously one of the biggest and most-watched festive movies of all time, but did you know the grumpy green Who also tried to ruin the spooky holidays of Halloween for the residents of Whoville?

As reported by Insider, the short animated movie aired in 1977, and while it never gained as much popularity as its Christmas counterpart, it still had some minor success during the late 70s, with the film managing to earn itself a Primetime Emmy Award one year on from its release.

Titled ‘Halloween Is Grinch Night’, the not so known prequel follows Euchariah – a young Who that decides to confront the Grinch whose foul mood and negative attitude around Whoville has forced all the citizens to stay indoors.

Amazingly, in the entirety of the short animated movie, the term “Halloween” is never used, it is instead replaced by the Dr. Seuss-esque, “Grinch Night”.

If you’re yet to watch this must-see short, you can do so by purchasing “Dr. Seuss’s Holidays on the Loose” ultimate edition DVD which is available on Amazon, or, you can choose the easier option and head over to YouTube – HERE! – to watch the full movie for free.

The movie has been on YouTube for over eight years, and in that time, it has managed to gain close to 4 million views on the platform.

To get you excited about the 25-minute video, check out this near-2-minute clip posted to Twitter, below.

‘How the Grinch Stole Christmas’ – which earned both an Oscar win and an Oscar nominee – is without a doubt the leading force in the franchise’s success, and if you’re as big of a fan as we are, you need to watch what happened prior to those events in ‘Halloween Is Grinch Night’.

Have you already seen the movie? Will you be watching for the first time? Let us know your thoughts in the comments below.