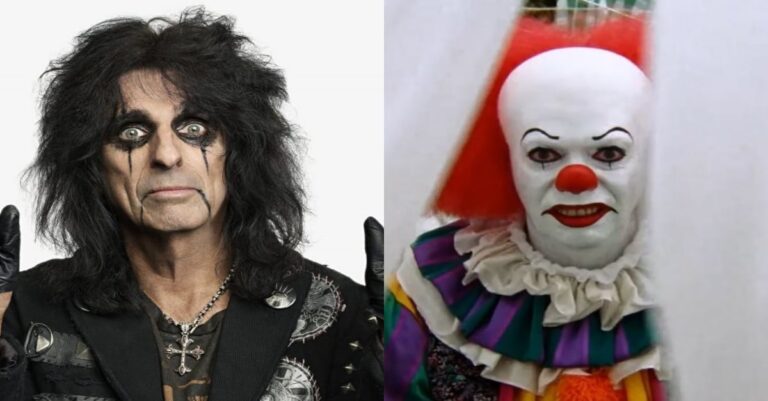 IT has finally arrived in movie theaters and fans are going nuts over it. It’s nothing shy of a good horror movie that will leave you on the edge of your seat and gripping the arm chairs tightly. Plus, it’ll make you more afraid of clowns than you already were. IT is the first installment of the two-part film adaptation from the original movie and book, written by Stephen King, and he has even given this remake a thumbs up. Fans of this movie are excited to see what Pennywise has in store for us this time around, but let’s not forget the original film of this terrifying clown.

The original movie premiered in a two-night two-part installment on ABC in November 1990 and is still one of the best movies to date. The story of IT and the terrors and nightmares it brought to the youth in the movie are forever in our minds and hearts, as well as the fear of Pennywise. Let’s take a trip down memory lane and relive one of the most iconic horror movies out there with some secrets of Stephen King’s IT, which originally aired in 1990.

1. It Was Almost A Ten-Hour Miniseries That Would Have Been Directed by George A. Romero 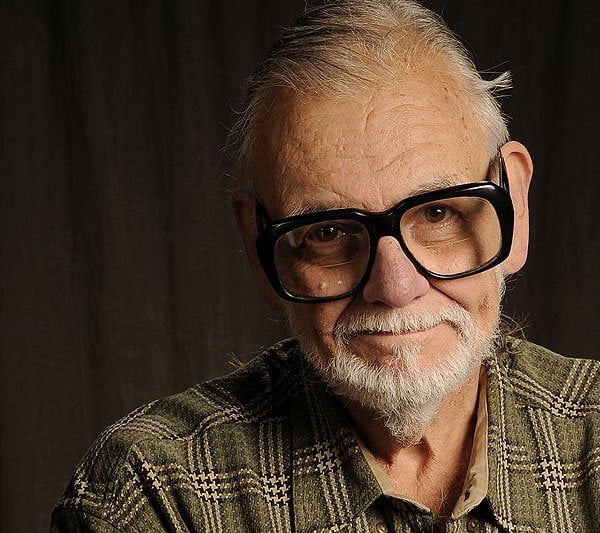 A still image of George A. Romero.

That’s right! IT was almost going to be a ten-hour miniseries- and I’m sure the fans would have loved that. Lawrence D. Cohen interviewed with Shock ‘Till You Drop, a horror news site, told the site that before ABC hired Tommy Lee Wallace, another infamous collaborator was considered. George A. Romero, who has directed Night Of The Living Dead and Creep Show, was supposed to take the helm to direct the five-night, ten-hour take on IT before it was turned into a two-night special.

ABC became worried, though, about the novel’s horrific and disturbing matter, so that became the reason why it only premiered for two nights and was a total of three hours. Romero became unhappy with how the network cut the majority of the novel out and left the production. All-in-all, though, the movie became an instant hit and classic and struck fear into the hearts of America.

2. Alice Cooper Was Considered For The Role of Pennywise 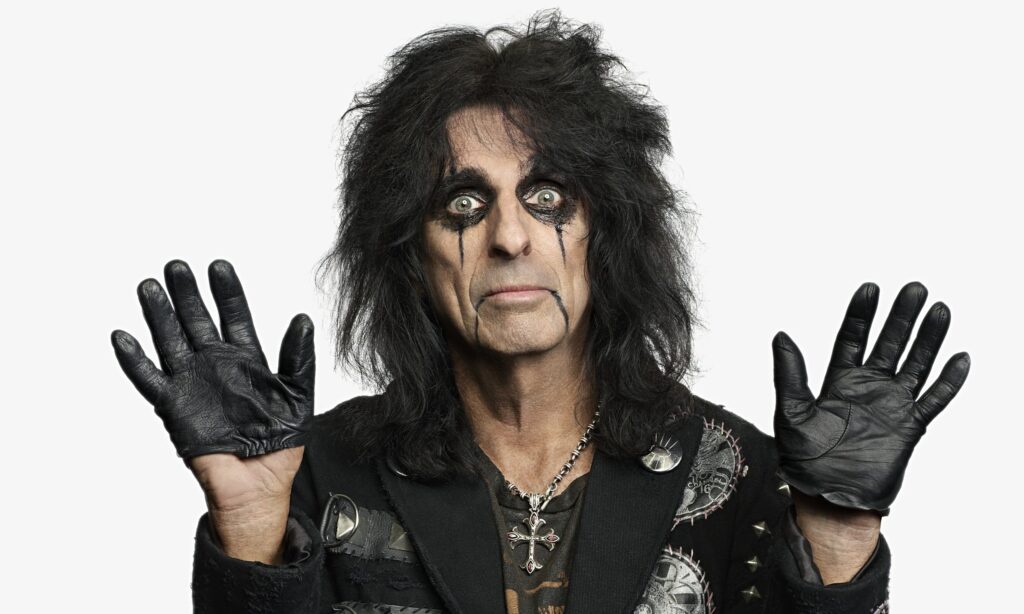 Yes, you read that title correctly. The infamous Alice Cooper was considered for the dark and horrifying role of Pennywise and that made fans squeal with excitement. I mean, come on. Alice Cooper in a clown suit? I think anyone would pay to see that. That would have been a pretty intense and epic performance and who knows, maybe he would have been as equally as good as Tim Curry. 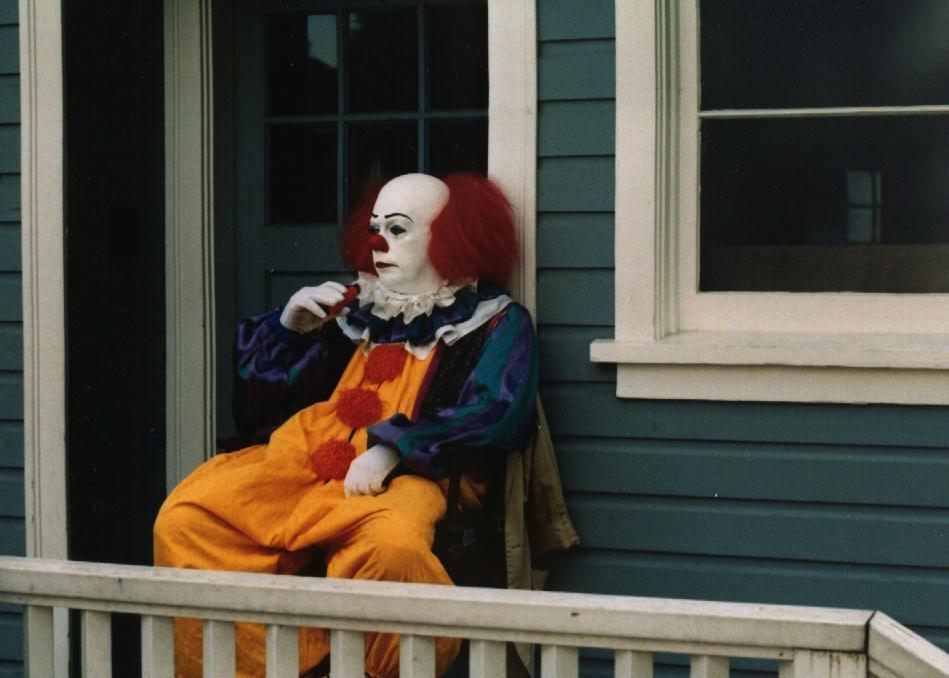 Tim Curry on the set of IT.

Speaking of Tim Curry, everyone on set was extremely terrified of him and made sure they avoided him at all costs. Curry brought Pennywise to life and made sure it was the best Pennywise impression out there. He wanted to make sure that his clown character really horrified the people on set, especially the children he needed to scare in the movie; and sure enough, everyone had an extreme phobia of clowns after his performance. As Curry walked around the set dressed as Pennywise, no one wanted to be near him because of how terrified they were of him. It wasn’t just children Pennywise scared, apparently. Even adults were traumatized by him. 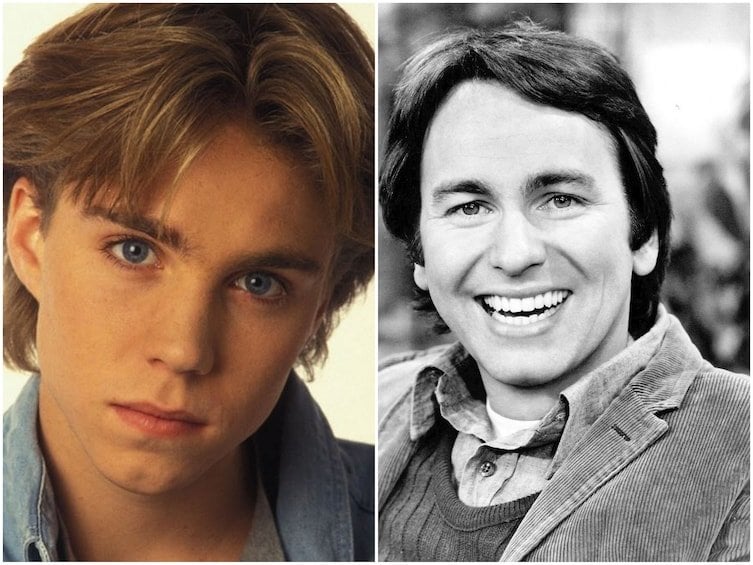 Brandis (left) and Ritter (right) both starred in IT and tragically passed away.

Unfortunately, you read that right. Jonathon Brandis, who portrayed young Bill Denbrough in the original IT, and John Ritter, who portrayed adult Ben Hanscom, both passed away in 2003. Brandis unfortunately took his life by hanging himself on November 12, 2003 while Ritter died in the same hospital he was born in after suffering chest pains while on the set of 8 Simple Rules For Dating My Daughter on September 11, 2003.

5. “IT” Premiered The Same Year Bill Skarsgård Was Born

Skarsgård was born three months prior to the original “IT” being released (August 9, 1990). Whether it’s a strange coincidence or not, Bill soon grew up to play his own version of Pennywise and had the opportunity to scar people like Tim Curry did. 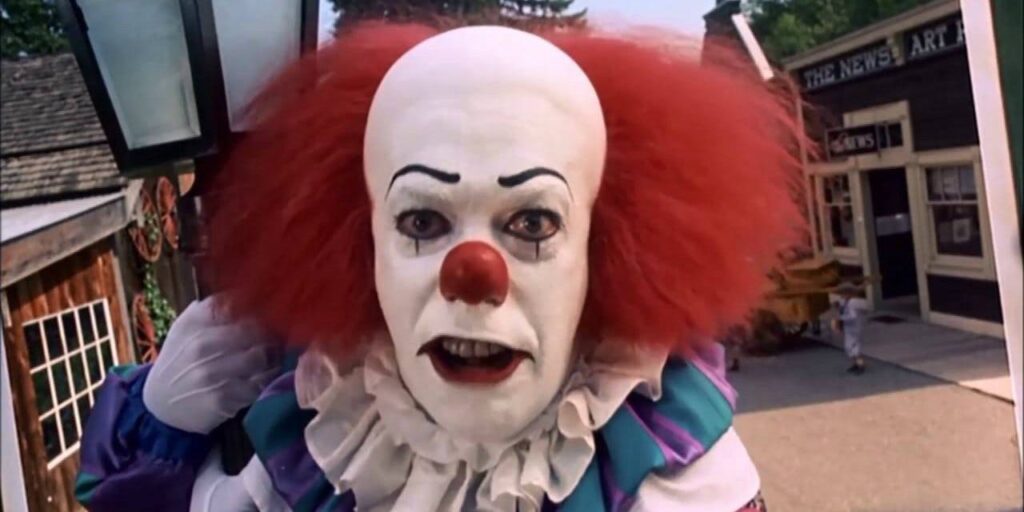 Tim Curry as Pennywise The Clown.

Tim Curry did a phenomenal job playing Pennywise throughout the movie and did an exceptional job of generating fear for the viewers at home. However, Curry was hesitant at first to accept the role because he didn’t want to be under pounds of makeup, but Tommy Lee Wallace knew Curry was perfect for Pennywise and promised him he would cut down on the prosthetics Curry had to wear to turn into the horrifying clown. With the agreement in place, Curry accepted the role and soon became known as the infamous Pennywise The Clown.

7. The Original Two-Part Podcast Won The Hearts of Millions 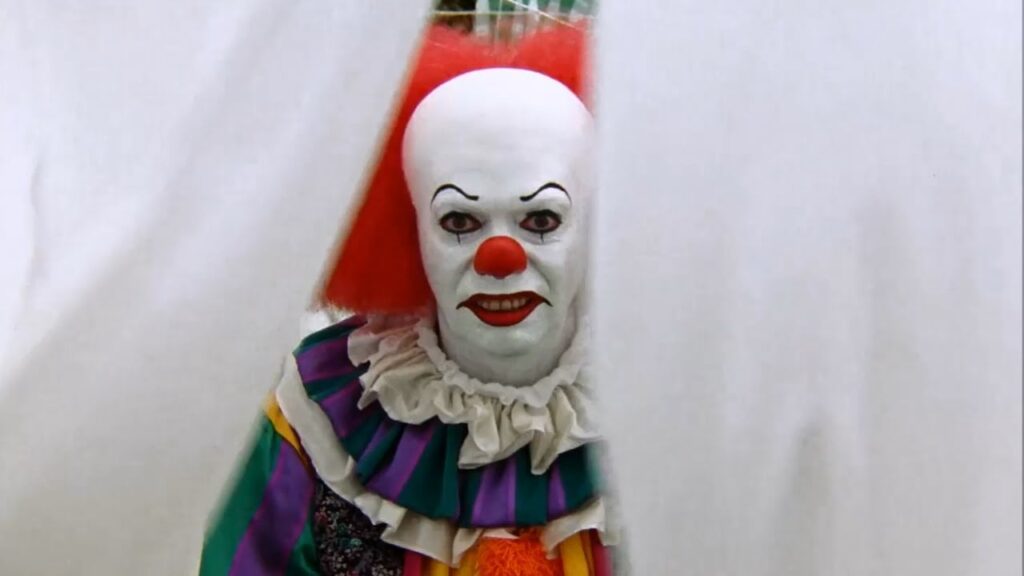 Tim Curry as IT.

ABC was home to the original viewing of IT and had a few moments where they became doubtful about the project. They were concerned that viewers wouldn’t like the film and that the two-part movie was going to be a flop and make their ratings drop. They were shocked, though, when they saw how many people loved the adaptation of IT. When the first part premiered on November 18, 1990, the broadcast scored a whopping 18.5 rating and was viewed by over 17.5 million households. When the second part came out the next night, it skyrocketed to a 20.6 rating and over 19.2 million people tuned in to watch the horror unfold right in front of them.

8. The Director Never Read The Novel Before Filming 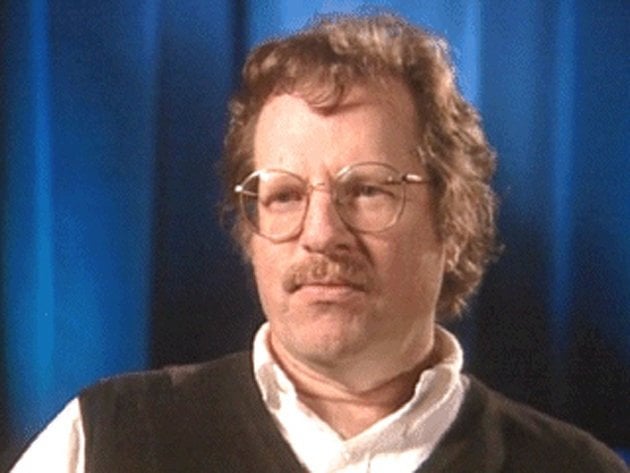 That’s right, director Tommy Lee Wallace never read IT prior to directing the smash hit two-part movie. Wallace instead entrusted screen writer Lawrence D. Cohn, who was the screenwriter for Carrie, and went off with whatever he wrote. Years after completing IT, Wallace finally picked up the novel and decided to read it. After he completed the novel, he openly admitted that his mini-series did not meet the height of sheer terror the novel had.

9. Roddy McDowall And Malcolm McDowell Were Considered For Pennywise 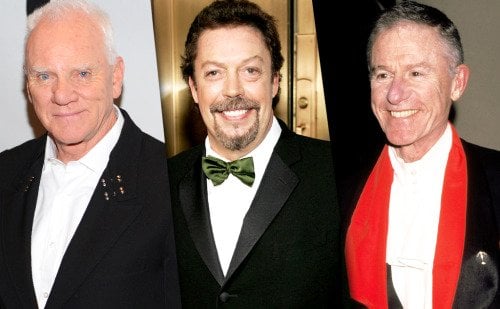 Friday Night’s Roddy McDowall and A Clockwork Orange’s Malcom McDowell were both considered for the role of Pennywise. Even though Curry received the role and won the heart’s of millions of people around the world, viewers are still curious to see how Pennywise would be different if Roddy or Malcolm were the terrifying clown in the original mini-series.

10. Tim Curry Hated The Ending of IT 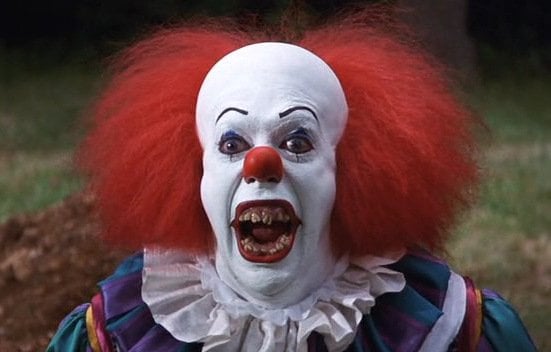 Tim Curry as Pennywise The Clown.

Everyone who saw the ending of the Part 2 to the mini-series was not a fan of the ending- and neither was Curry. Curry and fans were wondering why a spider took over the last half hour of the mini-series and were wanting a more exciting and terrifying ending than that. In actuality, the ending to the novel was a little more cerebral than the mini-series, so the Ritual of Chud had to be turned into a puppet and a slingshot. Even director Tommy Lee Wallace was disappointed with the ending. The storyboarder claimed that he had a different ending to the series but there wasn’t enough time or money to create his ending.

These incredible facts about the original IT will blow your mind and will have you looking at the movie in various ways. The 2017 version of IT and fans are loving it, but people believe it won’t be as horrifying and good as the original movie.