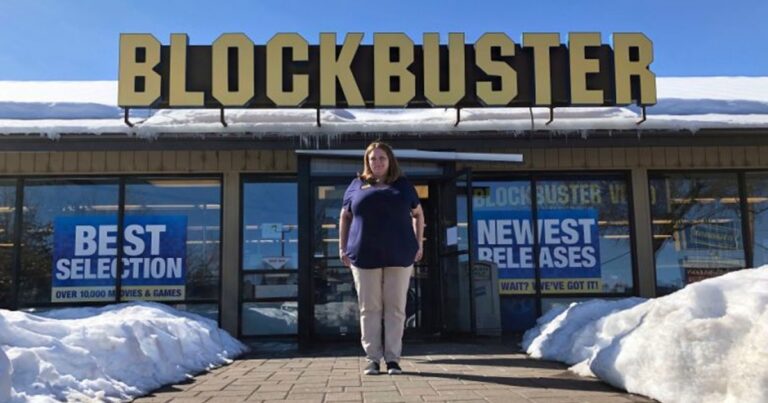 Many of us remember a time when we would visit a Blockbuster on a Friday or Saturday night to rent a few movies and buy some candy to entertain us for the night. While that’s clearly a thing of the past, thanks to Netflix, it remains a fond memory for countless people around the world.

However, there is a store in Bend, Oregon that is keeping up the tradition. Despite the odds, the local movie store has been able to thrive under the entertainment giant’s rule, with customers constantly in and out. The current global pandemic doesn’t seem to have put too much of a damper on this, either.

Instead, longtime general manager Sandi Harding notes that a little bit of adaptation has meant that the store has been able to stay open to serve customers. The first of these changes was purchasing masks and other protective equipment to keep the store safe. In addition, she’s had to start getting new releases from retailers instead of distributors, which are still closed.

Though the Blockbuster store, reportedly the last of its kind, initially it had to close twice since the beginning of the outbreak, it’s thriving again now. However, customers have to tolerate a few slight changes to ensure that everybody remains safe. Perhaps the most notable of these is curbside service.

In addition, the store has carefully marked the floor so that customers who do enter can follow social distancing protocols while browsing. It’s also been noted that the store has continued to pay its staff throughout the pandemic, including during the two closures it suffered.

Some additional safety measures include disinfecting DVDs and their cases before they’re given to customers before then placing them in Ziploc bags. All of this looks as though it’s reaped dividends for the last remaining Blockbuster store, which continues to see regular customers, regardless of the impact that even Netflix has had on the industry.