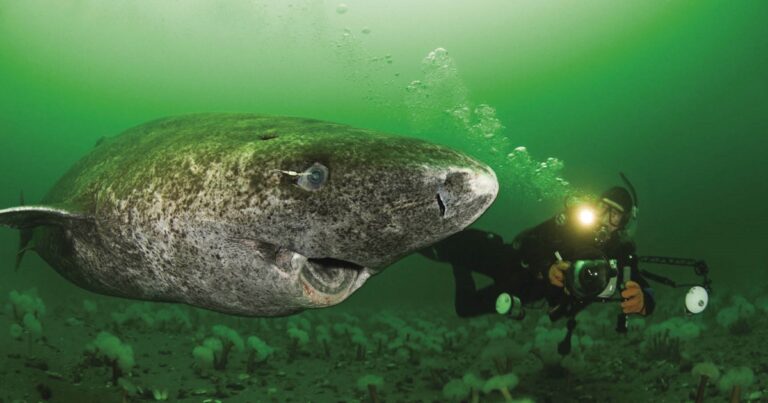 Sharks have always been mysterious creatures. Centuries of fear haven’t meant that humans have steered well clear of studying the creatures. In recent decades, however, this has changed quite dramatically. While there’s a large amount that we now know about the animals, scientists are still figuring out a lot. Greenland sharks are one of the most recent examples of this.

According to a new study by the University of Copenhagen, the sharks are much older than many may have realized. Researchers studied a group of 28 of the species, with dating their eye proteins helping to put a relatively accurate age on each. Perhaps one of the most surprising results is that one of the sharks, a female, is estimated to be 400 years old.

If true, this would make her the oldest known vertebrate on the planet. Taking the second spot would be a bowhead whale, which is approximately 211 years old. Julius Nielsen, who led the study on the Greenland sharks, noted researchers’ surprise with the results, saying:

“We had our expectations that we were dealing with an unusual animal, but I think everyone doing this research was very surprised to learn the sharks were as old as they were.”

The sharks, which can typically be found in deep waters across the North Atlantic, can grow up to five meters in length. However, previous studies have shown that they grow at a rate of one centimeter per year. Recent reports have also suggested that the sharks don’t reach sexual maturity until they reach about four meters in length.

Based on their growth rate and estimated age range, this point may not be until a Greenland shark reaches about 150 years old. The recent study performed by the University of Copenhagen also suggests that the sharks’ average lifespan is about 390 years and estimated that the studied sharks were at least 272 years old.