Freaked DISCOVER THE ART OF PUBLISHING
Home Horror News ‘It: Chapter Two’ Might Have Bloodiest Scene Ever In A Horror Film 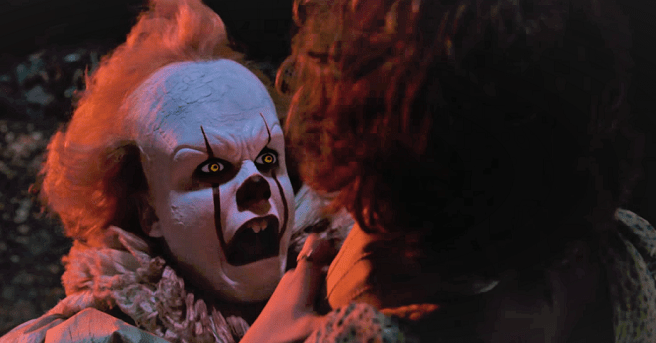 If star Jessica Chastain’s comments are to be believed, ‘IT: Chapter Two’ might have the bloodiest scene ever witnessed in a horror film.

Chastain (who plays Beverly Marsh) was recently a guest on ‘The Tonight Show’ to discuss the sequel to the 2017 hit ‘It’. The film releases on September 6, 2019. Chastain divulged that someone on set said one scene is the bloodiest ever in a horror film:

“But in the movie, there’s a scene that someone said on set that it’s the most blood that’s ever been in a horror film in a scene. And I’ll tell you, the next day I was like pulling blood out of my eyeballs.”

‘IT: Chapter Two’ is directed once again by Andy Muschietti, and written by Gary Dauberman. The cast includes  James McAvoy (Split), Bill Skarsgård (Deadpool 2), and Javier Botet (The Mummy) starring. Check out a brief synopsis below:

“Seven young outcasts in Derry, Maine, are about to face their worst nightmare — an ancient, shape-shifting evil that emerges from the sewer every 27 years to prey on the town’s children.

” Banding together over the course of one horrifying summer, the friends must overcome their own personal fears to battle the murderous, bloodthirsty clown known as Pennywise.”