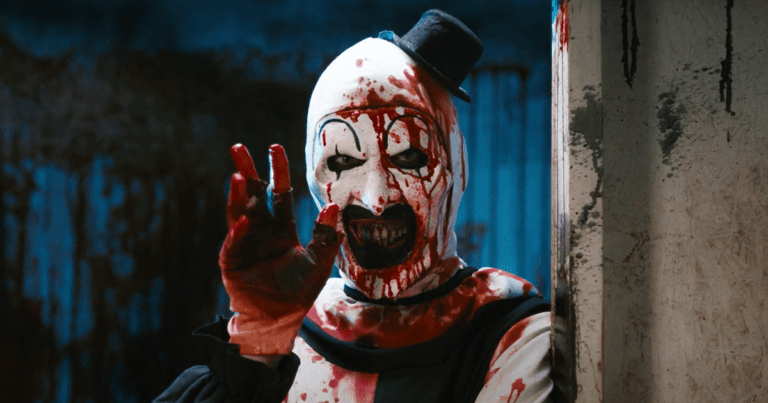 Terrifier reached cult-classic status not long after its release. A lot of this was focused on Art the Clown, a murderous clown that’s reached Pennywise level status in the past few years. Naturally, the character’s and film’s success led to many people speculating that a sequel would be released. With Terrifier 2 already being confirmed, fans of the franchise have been desperate for more information.

Alongside this, fans have wanted to get a glimpse of what the movie will look like. A new teaser trailer shows off Art the Clown in all of his bloody glory. Based on what’s seen in the trailer, it looks as though the sequel will be a lot bloodier and gorier than the original. This is quite a feat, considering how fantastically bloody the first film was.

An official synopsis notes that Art the Clown has been resurrected following the events of the original movie. While Art has been brought back by a “sinister entity,” it’s unclear who this might be. Brought back from the dead, the villain must hunt down and murder a teenage girl and her brother. While a standard horror trope, Terrifier 2 looks to stand out as much as possible.

A lot of this can be seen in the villain of the franchise. The first movie, for example, came across as a unique blend of IT and the Friday the 13th franchise, with more than a few sinister twists. As a result, the movie quickly found a dedicated following. Based on how anticipated the movie is, the franchise could become as large a franchise as Stephen King’s IT.

David H. Thornton is returning to Terrifier 2 as Art the Clown and will co-star alongside Lauren LaVera. Damien Leone, who directed the original film, also holds directorial duties. The movie will be released later this year.