Freaked DISCOVER THE ART OF PUBLISHING
Home Horror News James McAvoy Admits Bill Skarsgård Really Freaked Him Out On Set As Pennywise In ‘IT: Chapter Two’ 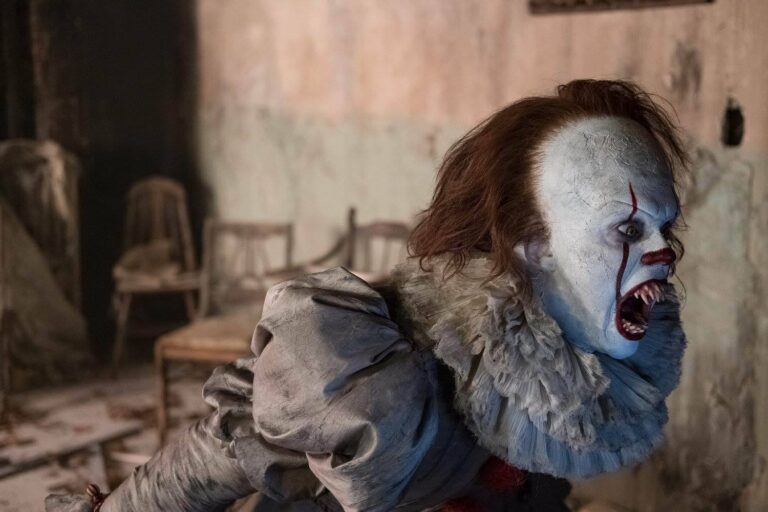 James McAvoy had a tremendous performance as “The Beast” in M. Night Shyamalan’s ‘Split’ in 2016. Now, he’s making the rounds promoting its sequel, ‘Glass,’ which is now in theaters.

However, McAvoy also is a part of this year’s ‘IT: Chapter Two,’ which is expected to hit the big screen in September. Speaking on “Good Morning America” yesterday (Thurs. January 17, 2019) McAvoy divulged that co-star Bill Skarsgård legitimately freaked him out with his performance as the haunting clown, Pennywise (via Bloody Disgusting):

“He’s amazing. [Skarsgård] is terrifying,” McAvoy told the show’s host. “He’s a lovely guy, and yet he really freaked me out. I remember standing there with the rest of the cast, all these adults, and we’d all done weird, freaky stuff.