Freaked DISCOVER THE ART OF PUBLISHING
Home Horror News The Best Horror Movies You May have Missed in 2019, Part Two: Belzebuth 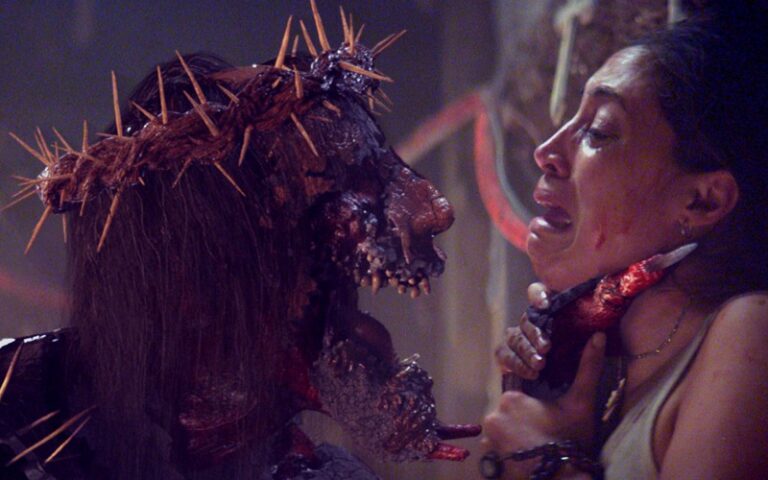 Greetings friends and fiends and welcome to the second installment of our series on the overlooked, underrated or generally unseen horror movies of 2019. If you haven’t checked out yesterday’s entry on the desert island creature feature Sweetheart you can find it here.

Today’s entry is for those who are more comfortable with darker themes, don’t mind some on-screen gore and find a bit of religiosity and demonic involvement a plus in horror films. So grab your crucifix and let’s take a look at another decent horror flick that slipped under most people’s radar last year.

Okay, from the title alone you can pretty much tell this isn’t going to be a taut, Hitchcockian psychological thriller and indeed, this Mexican chiller does live up to the diabolic promise of its name (by the way, for those put off by subtitles, despite being a Mexican film the vast majority of the film is spoken in English. Though, as a side note, a lot of non-English language horror is well worth your time and the extra investment needed to read subtitles. Just sayin’).

Putting an original spin on the usual ‘antichrist being born good vs evil’ trope, Belzebuth flips the script and instead of anticipating the birth of the biblical baddie, instead deals with the upcoming birth a child who represents the second coming, a new messiah.

Obviously, the forces of darkness are unlikely to receive an invite to that particular baby shower. (though to be fair if the last one was anything to go by then that might be a blessing, nothing but donkeys, straw and properly expensive gifts. I mean who gives a baby Myrrh for Pete’s sake?) As such they are very keen to do everything within their power to stop this foretold birth from going ahead.

Though the quality does sag a little in the final third and there are some deeply dodgy flashes of poor CGI, the less than predictable plot and some genuinely striking images elevate this above your average demonic possession movie and make it an unexpectedly pleasant surprise.

Mix in an appearance from Tobin Bell (Jigsaw in the SAW movies and a comfy jumper wearing assassin in The Firm) a believably less polished lead and some cool plot twists and you have yourself quite a satisfying little horror flick.

The film is available on Shudder (and other places for the less impeccably scrupulous amongst you, be careful though, you don’t want to be damned for it). Check it out and let us know what you think.

Tomorrow, a refreshing twist on a classic tale of terror and an iconic movie monster.