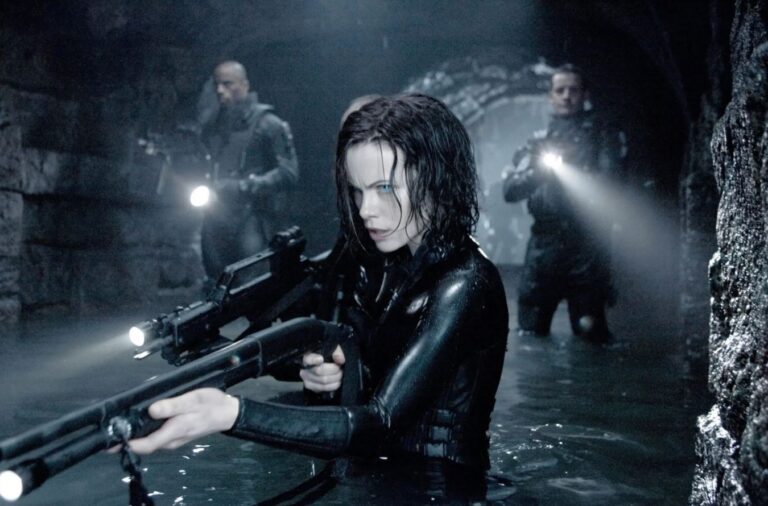 Netflix often has a knack of releasing content that nobody has really seen in a while but when given the opportunity will absolutely tune in. We feel that Netflix has absolutely hit the nail on the head this time by making the announcement that they will be offering the first three films in the Underworld franchise to their subscribers.

Fans of Lycans and vampires alike rejoice as the streaming giant has said that it will grant access to Underworld, Underworld: Evolution and Underworld: Rise of the Lycans to all those that have active accounts, amongst many other titles which are set up to start streaming throughout the month of May.

Even though some purists of the genre held some controversial views about the film series, the Underworld franchise as a whole has been wildly successful from a financial point of view with the first three films grossing $95 million, $113 million and $89 million respectively.

The original release of Underworld back in 2003 was marred by critics but loved by fans, which can still be seen to this day in the polarising scores on Rotten Tomatoes where it currently holds a measly 31% score from the critics but a score of 79% from general audiences.

Underworld introduced us to the character of Selene (played by Kate Beckinsale) – a mighty vampiric warrior and assigned death-dealer who is in the middle of an age-old conflict between the werewolves and the vamps.

She had made it her life’s mission is to eradicate the last of the Lycans who she sees as a blight upon the earth until she comes across a human man that the Lycans are after, and there may be more to him than meets the eye. The story quickly spirals into one of conspiracy, mystery, and the arcane and it’s definitely worth the watch!

Evolution picks up directly from the end of the first film and Rise Of The Lycans serves as somewhat of an origin story that delves into the ancient feud between the two races.

It is unknown whether or not Netflix is looking to add the rest of the saga to its platform, but the first three will surely keep our bloodlust at bay for at least a little while!