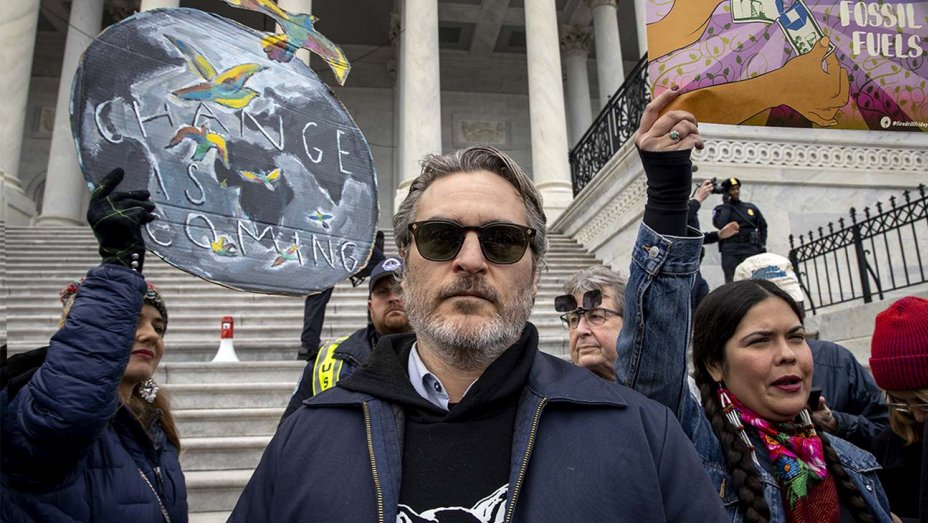 During a weekly Jane Fonda climate change protest, a familiar face was in attendance, and although it was great to see, things didn’t end well for the Joker star.

Joaquin Phoenix was there in support of Jane Fonda and her views, while also sharing some strong views of his own, saying… “Something I think isn’t oftentimes talked about in the environmental movement or in the conversation about climate change, is that the meat and dairy industry is the third leading cause of climate change…”

The Puerta Rican-born actor went on to say. “There’s something that you can do, today, right now and tomorrow, by making a choice about what you consume…”

You can see some more of Phoenix’s views in this video.

Joaquin Phoenix was thought to be arrested alongside fellow actor, Martin Sheen, among others.

According to certain reports, police warned protesters of potential arrests if they did not comply when asked.

Phoenix can’t seem to stay out of the news, as his Golden Globes speech went viral, news of Joker 2 has been circulating, and now this.

Despite being arrested, there doesn’t seem to be any serious charges against Phoenix, and news of his release will be imminent.