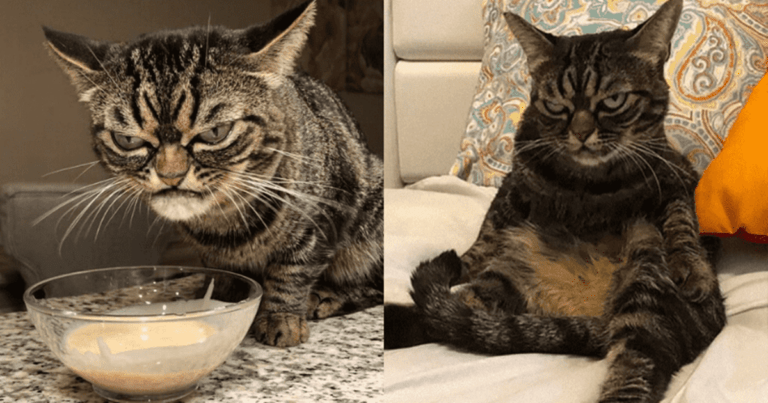 Grumpy Cat was arguably the first viral meme to gain mainstream attention. In the years following his fame, the cat appeared in a range of movie cameos, ads, and much more. Needless to say, nobody thought that there would be a cat that looked naturally grumpier or angrier. This is where Kitzia comes in.

The cat seems to have taken the thrown from its predecessor, who unfortunately passed on just over a year ago. Similar to its predecessor, Kitzia seems to have a condition that gives him a resting angry face. Owned by photographer Viktoriia Otdielnova, there are plenty of images of the cat looking angrier than Grumpy Cat ever could.

These have subsequently led to a certain amount of Instagram fame, with the cat’s account already having over 86,000 followers. The cat’s grumpy face is only enhanced through Ms. Otdielnova photography skills. As such, it looks quite amazing in each of the pictures that are posted.

As grumpy as the cat looks, it’s worth noting that she’s quite friendly in real-life. This appears to be something that she shares with many other cats with a similar facial condition. A lot of this friendliness seems to come through in many of the photographs, which perfectly encapsulate the cat’s personality.

From a cursory glance through Kitzia’s Instagram account, it looks as though she’s a big fan of eating, judging people on TV, and lounging around as much as possible. The judging part seems to be her most favorite, given that she seems to do it constantly, regardless of whether a person is on TV or in the living room.

Many commenters have compared Kitzia to Grumpy Cat, with quite a large number of them saying that the predecessor, who died on May 14, 2019, lives on. It looks as though the internet now has a new favorite cat.