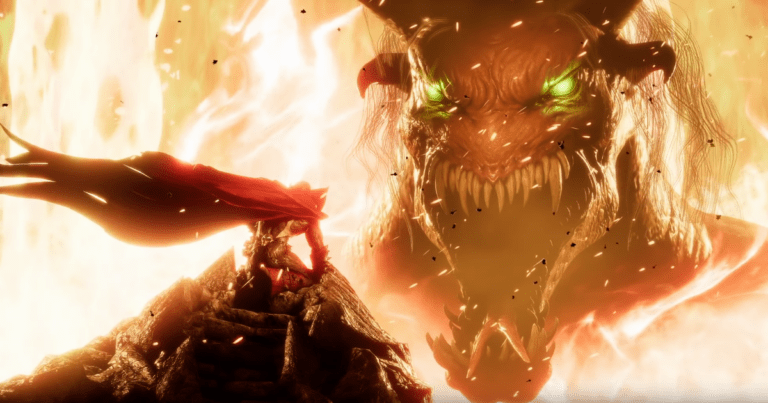 As promised in a recent article, gameplay footage of Spawn is on its way, and now, it’s finally here!

Its been a long time coming but good things come to those who wait, and because of that, we have footage of one of the most anticipated DLC characters ever!

Last year, Spawn was revealed as one of the upcoming DLC characters for Mortal Kombat 11’s downloadable content pack. He was accompanied by the most recently released fighter, Joker, Terminator T-800, Shang Tsung, and Nightwolf.

Expectedly though, Spawn’s reveal did not disappoint, as we got to witness Mortal Kombat’s newest addition in all his glory. The trailer showcases his rapid-fire machine guns, his violent chains, and, of course, his beautifully brutish fatalities.

The comic-book character will display his ability to teleport and render himself invisible, among many more, which raises the question, how many players will fall victim to Spawn before they cry-out for MK creators to nerf him?

Depending on if you own the Kombat Pack, you will be able to play as the infamous character as early as March 26, less than 20 days away! If you do not own the pack, Spawn will be available to you from April 2.

After his murder at the hands of his employer and former friend Chapel, Albert Francis Simmons sold his soul to one of Hell’s many rulers, in order to see his wife again. Malebolgia (one of Hell’s rulers) had other things in mind though, instead, sending him to earth, with no memory of his past as a Hellspawn, to do his dirty work.

The antihero was created by Todd MacFarlane, and for those of you still reading, you can check out the official trailer down below to see what Spawn has in store for you, and anyone else that crosses his path, come March 26.