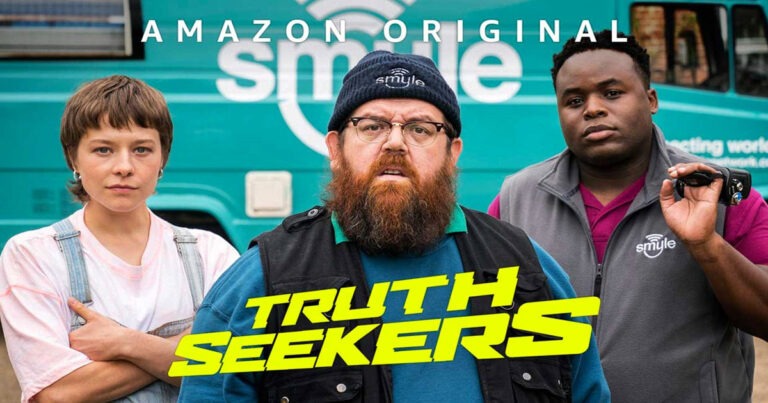 Despite being announced last year, months went by without anything Truth Seekers-related being released. However, the Simon Pegg and Nick Frost led comedy-horror has received an amped-up marketing strategy in the past week. Amazon Prime Video, the studio behind the series, recently released teaser images from the show highlighting each of the cast members. 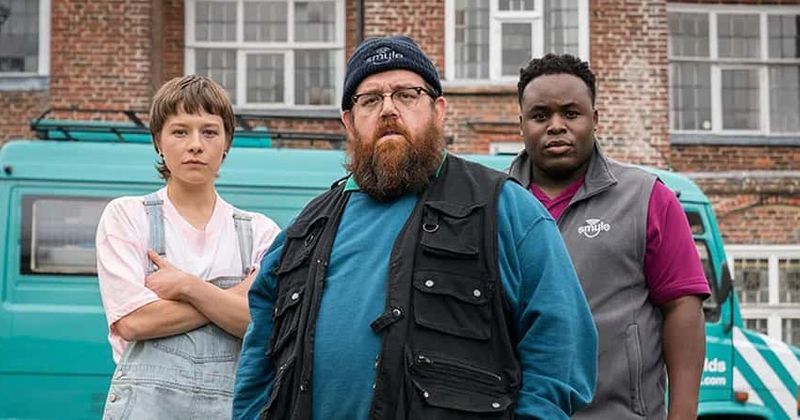 Now, the studio has released a new trailer that shows off the series in all of its wacky glory. When originally announced, it seemed as though it will be jointly led by Pegg and Frost, best known for appearing in the Cornetto Trilogy (Shaun of the Dead, Hot Fuzz, and The World’s End).

However, the new marketing materials seem to show that Nick Frost will be the main focus of the series. Despite this, fans of Simon Pegg shouldn’t be disappointed with Truth Seekers. Though he’ll be taking somewhat of a step back in the series, he’ll still feature rather prominently.

The paranormal comedy will also feature Malcolm McDowell, Samson Kayo, Emma D’Arcy, and Susan Wokoma. It’s set to follow a team of three part-time paranormal investigators. Despite the job being done in their spare time, they uncover a conspiracy that threatens humanity’s existence.

However, little else is known about the plot of the series. What is known, based on a description by Amazon Prime Video, is that viewers will follow the characters as they visit haunted sites across the United Kingdom. The official description notes that this will include abandoned churches and underground bunkers, among other areas.

The Truth Seekers’ release date hasn’t yet been announced. Since it’s rather deep into post-production, however, it’s speculated that it will debut rather soon. As it stands, there’s only a one-season order, although the number of episodes also remains unknown. It will stream on Amazon Prime Video at some point in the next few months.