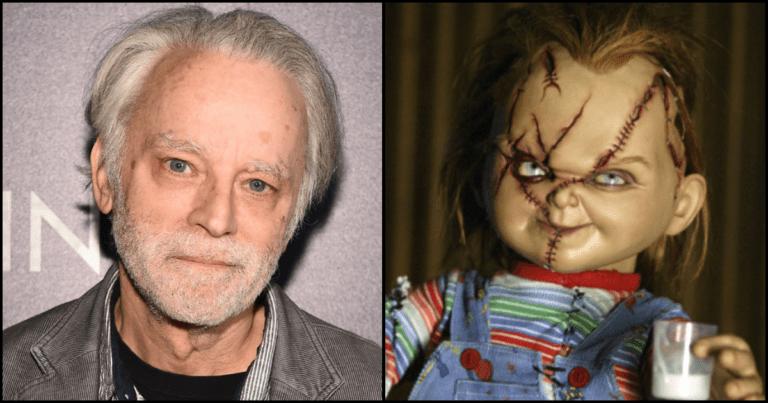 Ever since it’s announcement earlier this year, Don Mancini’s upcoming Chucky TV series has been watched closely by fans, as they desperately hope the franchise goes back to its roots and regains the excitement it once had.

The Chucky television show – which is set to debut on Syfy and USA Network sometime next year – looks as if it is already going in the right direction.

As Don Mancini previously stated, the series will take inspiration from the first film for its scares, while also using subsequent movies for complete influence on its storytelling – which you can read about HERE!

In addition to Don Mancini’s words regarding the television show, fans will be happy to know that rumors stating that Brad Dourif would be returning as the crazed serial killer doll have now been confirmed.

Dourif, the man behind Chucky in every one of the franchises canon movies will join Don Mancini for the brand new installment into Chucky’s life.

Alongside Mancini and Dourif, the Chucky TV series team consists of producer David Kirschner and The Act’s Nick Antosca.

While you may or may not know, Don Mancini claimed characters from the past could play roles in the series, and one name guaranteed to be coming back is Jennifer Tilly – the voice behind the beloved Tiffany. Read about it HERE!

1998s Bride of Chucky was the first time we were introduced to Chucky’s counterpart which we instantly fell in love with. Although it was a little more humorous than the others in the franchise, the movie may well have been the last enjoyable in the film series.

Are you excited about the Chucky TV series? What do you think about the returning Brad Dourif taking up the role of killer doll once again? Be sure to share your thoughts and opinions with us in the comments below.