Freaked DISCOVER THE ART OF PUBLISHING
Home Comic One of Us! Why Joker is a must see for all Horror Freaks. 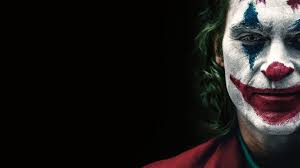 Halloween is almost upon us and excitingly, that means the cinemas and T.V. schedules will be full to gills with horror. But if you are a fan of the horror genre (and why would you be here if you weren’t?) I’d argue that there is one film you should see above all of the others. Joker.

Okay, before you get your genre defining knickers in a twist, let me make a few things clear.  I know that Joker is not a horror film. At least not in the traditional sense.

I am not banging my drum and insisting that Todd Phillip’s new movie be classified alongside The Blair Witch Project, The Exorcist and Halloween or suggesting that that it should come up under the horror genre the next time you search for a movie on Putlocker.

But make no mistake, it is a film for horror fans.

When pressed in an interview to explain what genre the film belonged to director Phillips described it as a ‘tragedy’, which although it does have a poetic accuracy to it, is not a genre heading that tends to come up on most movie sites. That wasn’t an accident.

Phillips didn’t choose a traditional genre to describe Joker because it simply doesn’t belong in any of them. For although Joker might not fit comfortably into its niche as a pure horror movie, it doesn’t really fit under any of the other genre headings either. Joker is a freak of a movie. An outsider, that just like its central character, seems unable to fit comfortably anywhere.

As a movie that is difficult to classify, no genre has an outright claim, but if it came down to it, horror might have the best case. Not least because it is in our beloved genre that the actual Joker character has its roots.

For anyone familiar with the actual comics in which The Joker appears, rather than just his multiple on screen incarnations, the idea that he would fit into the horror genre makes perfect sense.

With many of the more modern Batman comics having moved away from the brightly coloured cartoon capers of yesteryear in favour of more nuanced,  gothic and decidedly more shadowy visions of the The Dark Knight, Batman’s most persistent foe has taken on a darker role himself.

Glimpse the cover of  ‘Death in the Family’ and you’ll immediately see  something that wouldn’t look out of place on the cover of 80’s VHS horror in the local video store and that’s before we get into the details of a plot in which The Joker wears what remains of his surgically removed face as a mask, try finding that in your average MCU offering.

However, the link between The Joker and horror goes back much further than this, to the character’s very beginnings and indeed the earliest days of cinema.

Back when sound didn’t necessarily come free with a movie, Universal Studios, which would become synonymous with horror due to its string of early thirties classics, tried to sign up noted terrifier of audiences and makeup whizz Lon Chaney to play the part of Gwynplaine, lead character in a novel by Victor Hugo (author of Les Miserables and The Hunchback of Notre Dame) for a film called The Man Who Laughs. Never heard of Gwynplaine? Fair enough, but before you dismiss the link, I invite you to take a look at him…

Just look at him! It would be a hell of a coincidence if an image so similar to the modern Joker just happened to exist years before the character was born, and indeed, it was no coincidence.

Whilst there isn’t quite agreement over who actually created The Joker, all the main players do agree that Gwynplaine, as portrayed by Conrad Veidt in The Man Who Laughs was a massive influence upon the appearance of the character. And it doesn’t end end there…

The premise behind ‘The Man Who Laughs’ is that Gwynplaine’s face is fixed in that awful riggored smile. He is cursed to always smile, just as Phoenix’s Joker is afflicted with a condition that makes him laugh uncontrollably at the most inappropriate of times.

Whilst it could be argued that the character of Gwynplaine could more accurately be described as ‘The Man who Smiles in a Creepy Way’ Phoenix’s Joker is literally ‘The Man who Laughs’. There is a direct link between the two, to the extent that a later story arc in the DC comics featuring The Joker was named after the film. Maybe it’s also a coincidence that silent era comedies feature so prominently in the film.Or maybe not.

Still unconvinced? Well, maybe it’s worth considering that Gwyplaine often covers his grotesque smile with his hand, in a manner mirrored by Jared Leto in his Suicide Squad portrayal of The Joker, that in the novel Gwynplaine’s smile is the result of scarring from a deliberate mutilation, much like Heath Ledger’s take on the character or that Phoenix’s make-up for Joker bears a striking resemblance to  that worn by the clowns in The Man Who Laughs.

If the roots of the character in a film which is itself often classified as a horror doesn’t convince you to go see Joker, perhaps consider the film itself, which from the get go sets out its stall as a gritty character study of a man with serious mental health issues and is littered with familiar horror tropes.

Anyone who has read Robert Bloch or seen Alfred Hitchcock’s classic will see the elements of Psycho in Arthur’s claustrophobic relationship with his mother. Even the shirt and cardigan combo worn by Fleck in these scenes could come straight from the Bates motel.

Phoenix’s balletic posturing at crucial points in the narrative and the spray marking his face have resonant echoes of The Silence of Lambs, whilst the last film to so prominently feature a set of urban steps was The Exorcist.

The whole film has echoes of Henry: Portrait of a Serial Killer and that’s before we even mention the violence, gore and icon creating ‘scary clown’ element. Which brings me to my final point, for those not hardened by years of horror movie consumption, this is a scary film.

It is again no accident that the film has been released in the run up to Halloween, a time during which theatres are usually full with horror movies. Newspapers in the UK have bought into the horror angle by reporting that some viewers left screenings early because the film was as ‘too dark’ and more importantly ‘too scary’.

When even the man playing Joker reveals that the film ‘scares the s***’ out of him, its time to drag yourself out of the armchair, get down to your local cinema and se this movie. It may not be a traditional horror movie, but if you’re a horror fan it’ll put a smile on your face.