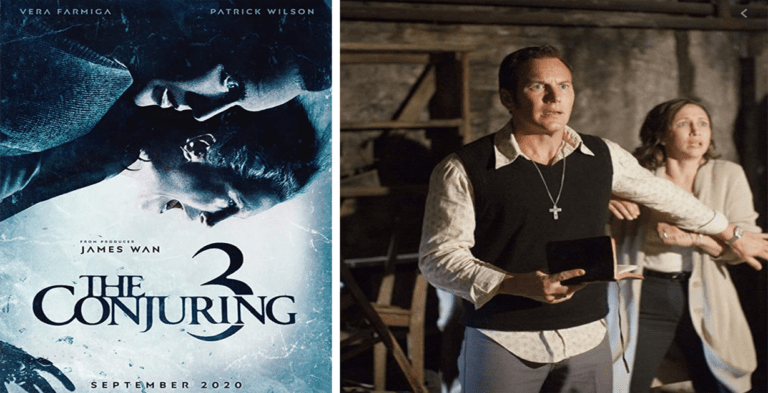 The Conjuring series is one of the highest-grossing horror franchises of all time, so it comes as somewhat of a surprise that the newest iteration of The Conjuring 3: The Devil Made Me Do It appears to be branching off from the tried and tested formula of the previous films.

As you can see in the tweet below, writer David Leslie Johnson-McGoldrick has recently said that The Devil Made Me Do It is not only exploring new subject matter and settings, but also an entirely new formula.

This change may be in no small part due to the fact that there is a directorial shift from the first two Conjuring films from James Wan to Michael Chaves, who is most commonly known for his contributions towards The Curse of La Llorona which is also part of the Conjuring cinematic universe.

Star of the previous 2 iterations as well as the upcoming sequel Patrick Wilson told Hollywood Reporter that even though the third installment had the “same bones” the film was more about “Pushing our characters to places they haven’t gone” and that The Devil Made Me Do It “will be a really nice addition because it’s definitely a different beast.”.

Wilson also notes that even though Wan has reduced his involvement with the film in a directorial capacity, he was still very much involved as a producer and a contributor.

The Conjuring 3: The Devil Made Me Do It is still on track for a September 2020 release and will still follow the main protagonists of Ed and Lorraine Warren.

The third case which the intrepid supernatural detectives will follow is based on the real-life trial of Arne Cheyenne Johnson, which was the first case in U.S history of demonic possession being used to defend the accused in a murder trial.