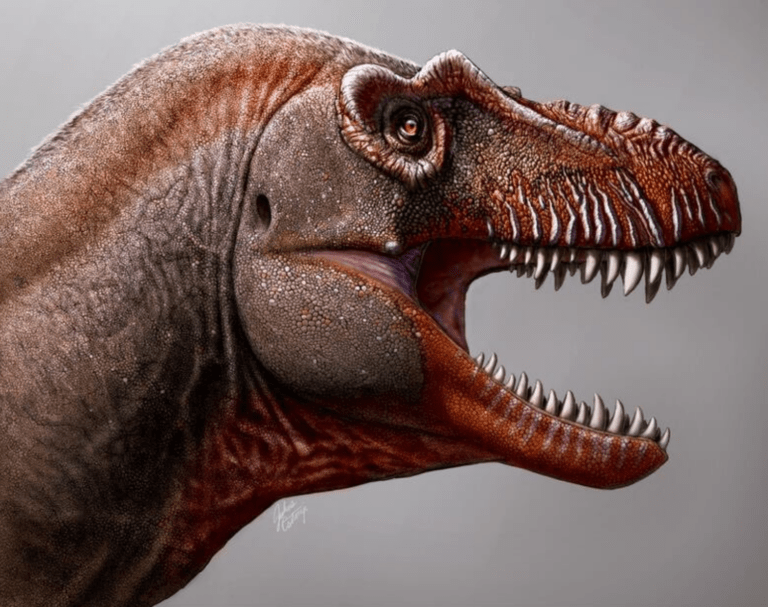 It sounds like something from Skull Island or that newest Jurassic Park sequel you never wanted, but a new dinosaur nicknamed ‘ The Reaper of Death’ was a real animal and was recently unearthed by archaeologists in Canada.

Researchers at the University of Calgary and the Royal Tyrrell Museum named the creature, whose official moniker is the tongue whirling ‘Thanatotheristes degrootorum; which sounds like a disease you could get from having unprotected s** with Marvel characters, by putting together a combination of the greek for ‘Reaper of Death’ and a nod to the family that found the first fragments of the massive dinosaur.

Not only is the Reaper of Death in the Tyrannosaur family, but it turns out to be a great great grandpa of the well known T-rex, pre-dating the movie star monster by some 12 million years, (okay technically it’s not a direct descendant of T-rex and is more closely related to other tyrannosaur species, which makes the grandpa T-rex image inaccurate, but come on, Grandpa T-Rex, it’s just such an appealing image!)

The species is distinct from the T- rex itself in number of ways, notably, bony ridges that run along the jaw, meaning it would look cool as hell in any new movies looking for a one up on the traditional T-rex. It isn’t like it doesn’t already have a kick ass name….