Freaked DISCOVER THE ART OF PUBLISHING
Home Horror News Dracu-love: Why The Lord of The Vampires is Essential Valentine Viewing 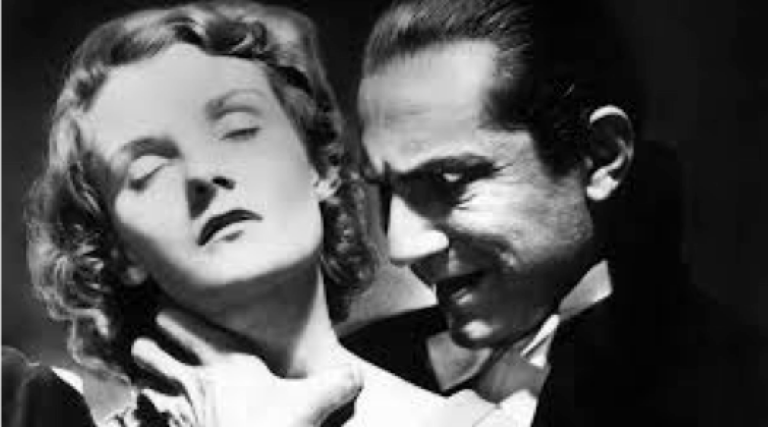 Yes, we know we already did a list of best horror movies for Valentine’s but we just couldn’t let the sweetest (or sickliest) time of the year pass us by without giving a nod to the original ‘candlelight romance’.

2020 marks the 89th Anniversary of old Drac’s first big screen appearance in 1931’s Universal Studios classic ‘Dracula’ and before you get your Nosferatu knickers in a twist we know there were ‘versions’ that predated this, including Nosferatu, and two now lost versions from Russia and Hungary, but considering they were all unlicensed, the count was ‘Orlock’ in Nosferatu and the others are somewhat difficult to watch on valentines by virtue of them having being ‘lost’, we’ll stick with this version for now (though if you do, through some arcane ritual, manage to conjure up the other two we would be interested in watching them, so give us a shout in the comments),

So, why Dracula for Valentine’s?

Well, it fits perfectly. Firstly, there is the actual wooing that went into getting the film made in the process. As mentioned above this was the first ‘licensed’ adaptation of Stoker’s novel. Particularly fervent in her defence of her late husband’s intellectual property rights, Stoker’s widow was quite the obstacle when it came to gaining permission to make the film.

So incensed was she by the making of Nosferatu without her permission that after having won a case against the director she insisted that every copy of the film be burnt, which would have relegated a true cinematic classic to the same scrapheap of lost opportunities frequented by the early Hungarian and Russian adaptations.

So how did the studio win her over? Well by sending over old ‘s** on legs’ Lugosi to work his charms on her. Which brings us to the second reason: S** appeal.

Believe it or not, Robert Pattinson isn’t the first undead hearthrob and indeed, at the time, Lugosi (who had been playing Dracula in the stage version) was considered quite the pin up, and speaking of pin ups, look up how the Eastern European lothario got his own back on his ex Clara Bow by pinning her up. Trust me, it’s worth it.

In fact, many argue that it is through Lugosi that vampires first got there s** appeal on screen. His noticeably fangless version of The Count (yes I did say fangless, go back and check for yourself, no fangs on Bella in the Universal original) was a departure from not only the novel’s depiction but from Max Schreck’s deeply rodent like and ironically more faithful vision in Nosferatu.

Lugosi’s Dracula wasn’t just a monster, he was a ‘sexy’ monster and it was his inclusion in the film that won over Stoker’s widow. What a charmer.

Never ones to miss an opportunity to promote a film from any angle, Universal played on Lugosi’s s** appeal, originally scheduling the film for release on Valentine’s day and even promoting the film with tagline that emphasised the ‘passion’ of the story. Even the poster featured on the movie’s wikipedia page features this line, promising something more titillating than terrifying.

And of course, even in the sanitised and buttoned up days of the 1930s there is a certain amount of passion in the film.

Despite this being an era when the studio, in all seriousness,  insisted that Dracula only bite women since his bite was so like a kiss the audiences might think he was gay if he fed on men (completely missing the homoerotic slave/ master, dom/sub dynamic of his and Renfield’s relationship in the process. Just saying) the lascivious lust dripping from Lugosi’s stares  coupled with his commanding presence, heightened in its intensity by the lack of score in large sections of the film (left out by the studio because they thought audiences would be confused by music if they couldn’t see people playing it on screen) gives the film a highly erotic subtext that bubbles under the surface. It might not come across as much nowadays but in 1931, this was hot stuff.

So, fire up this old classic on Valentine’s and enjoy some cheesily old school effects, hammy acting and some genuinely atmospheric moments, from an absolute classic. Plus, it’s only 1hour 25 mins, which leaves plenty of time in your evening for… other nocturnal activities.

“Listen to them, the children of the night, what music they make”. Kinky.