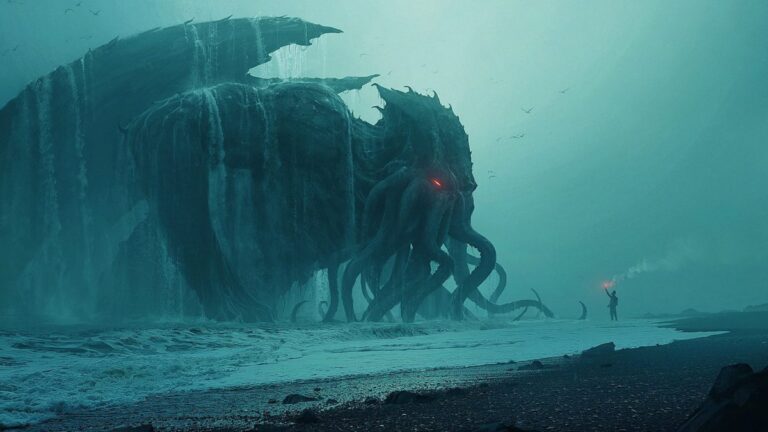 Fans of legendary horror writer H.P. Lovecraft will no doubt think that that Cthulumas has come early this year with the announcement that next year’s eagerly anticipated Lovecraft adaptation ‘The Colour Out of Space’, is to be the first in a proposed trilogy of adaptations of the author’s work from SpectreVision.

The film, set for release in February 2020 “Color out of Space” starring Nicholas Cage already has a degree of mythos attached to it owing to the fact that its director Richard Stanley has come out of retirement to make the film following a 27 year hiatus (his last outing being an adaptation of HG Well’s The Island of Doctor Moreau which saw more pannings than a gold rush river).

The news that this adaptation is set to be part of a trilogy will be music to Lovecraft fans’ ears, as will the producers apparent desire to create adaptations that are more faithful to the original stories.

Speaking about Colour Out of Space, co producer Daniel Noah said “We had been hellbent on finding the Lovecraft adaptation that truly captured cosmic dread without the camp”. Promising that the film would contain a variety of allusions to other Lovecraft stories, Noah added that when he read director Stanley’s script, he texted fellow producer Elijah Wood to say “This is it. We found it.”

Lovecraft fans will be crossing their tentacles and hoping that he’s right.