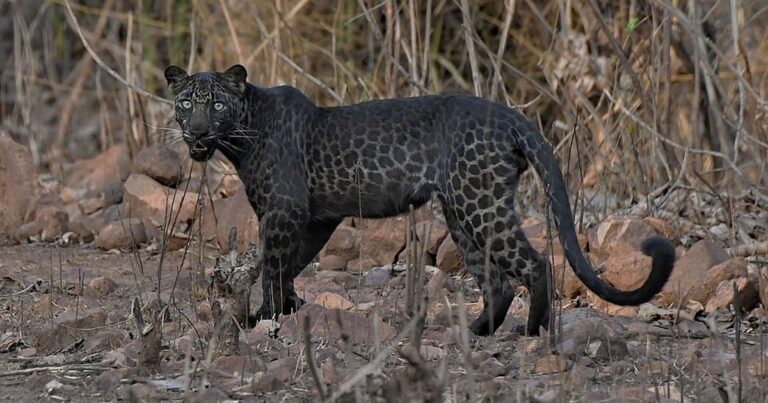 A black leopard is exceedingly rare. So much so that many people believed that the species had gone extinct. However, that seems not to be the case, as an engineering student stumbled upon one of the specimens in the wild. The 23-year-old, Abhishek Pangis, was on the final day of a safari trip in India when he came across the leopard.

According to reports, Pangis was stunned for the first few minutes after seeing the animal. It was only after about ten minutes that he realized that he was the only person on the trip with a camera. As a result, he was able to get a few pictures of the majestic-looking creature. The college student also notes how lucky he was during the sighting.

As he suggests, people who have seen a black leopard have only done so for two or three minutes. However, Pangis was in its presence for close to 40 minutes. During this time, he says that he saw the animal mark its territory and drink from a pond. Things got a little exciting for the photographer, as he claims that the leopard stalked a few animals, including monkeys.

However, it’s unclear if the animal managed to catch any of them. This isn’t the first time members of his family were in the vicinity of a black leopard, however. Pangis’ parents managed to come across it during a recent trip. As he claims, it was an extremely warm day and the animal needed to get water from a nearby pond and had to leave the undergrowth to do so.

The black leopard’s color is caused by melanism, wherein extra black pigment is created in the body. As a result, an animal’s skin or fur can become much darker. Because of how rare the condition is, it can be quite rare to come across an animal with it. 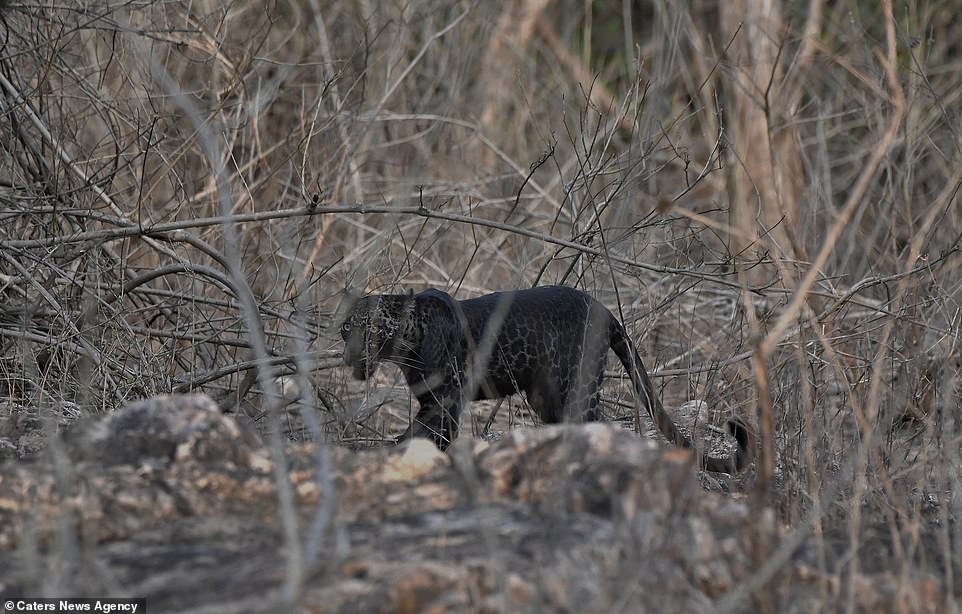