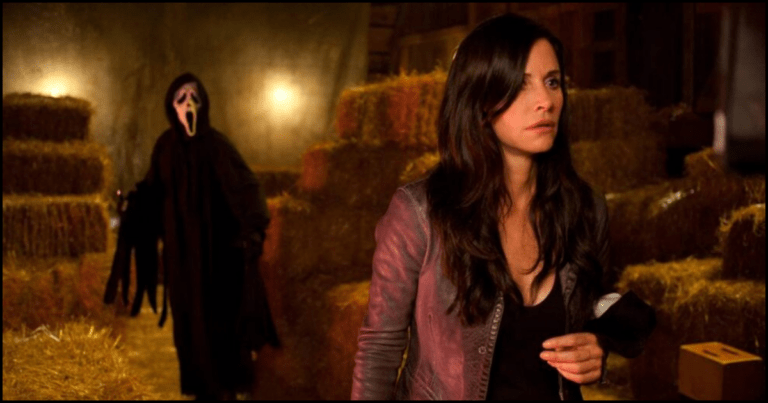 As we previously announced earlier this year, the fifth installment of Scream will be released sometime in 2021 with Matt Bettinelli-Olpin and Tyler Gillett – the two minds behind Ready or Not – serving as the frontrunners on the project.

While it has already been reported that the movie will reunite with David Arquette – Scream’s Dewey Riley – we have today learned that Courteney Cox will also be returning to her role as the incredibly persistent news reporter, Gale Weathers.

The Golden Globe-nominated actress – who is potentially most known for her time on ‘Friends’ – has portrayed the news reporter in all four of Wes Craven’s Scream films, so the reports of her return to the movie have quite obviously excited fans of the franchise.

More iconic characters from the movies are being sought after, and there’s even word that (if possible) Matthew Lillard could be returning to his role as Stu Macher after stating his interest.

In a statement made yesterday, Radio Silence said.

“We can’t imagine Scream without the iconic Gale Weathers…”

“We’re so excited to join her in the next chapter of the Scream saga!”

Will you be welcoming Courteney Cox back when she eventually returns to her role as Gale Weathers?

The original Scream from 1996 followed a teenage girl, one year after the murder of her mother, who becomes a target from a crazed new killer.

Alongside Courteney Cox and Matthew Lillard, stars such as Drew Barrymore, Neve Campbell, Roger Jackson, W. Earl Brown, and many more were a part of the cast.

Scream 5 is based on the screenplay by James Vanderbilt – known for his work on Murder Mystery and The Amazing Spider-Man – and is ready to premiere sometime in 2021.

What do you think? Are you looking forward to Scream 5? Be sure to share your opinions on the matter in the comments below.