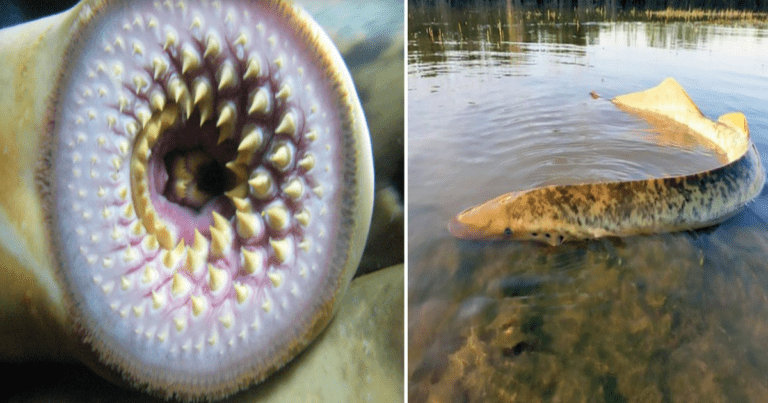 Large bodies of water can have just about anything hidden within their depths. While these rarely come above the tide, when they do, it can be terrifying. Fisherman Thomas van der Es knows this first-hand. During a fishing trip to the Bliesboch national park, Mr. van der Es came into close contact with a sea lamprey, something which rarely occurs.

Though the fish’s monstrous size is enough to terrify most people, there are a few other reasons why it’s best left avoided. Perhaps the most notable is that it has a tendency of attaching itself to its prey before sucking out as much blood as possible. Humans can be included in this.

Naturally, however, Mr. van der Es decided to take out his phone to film the entire experience. In the video, the angler notes that the fish is only ever seen once every decade or so, hence why they’re not so well known. According to the fisherman, he first noticed the sea lamprey when he saw a flock of seagulls trying to catch a fish.

Noticing that they were having difficulty, he decided to get closer to see what the problem was. However, it was only when he was up close that he realized what the fish actually was. He then contacted RAVON, an organization that has extensive knowledge of fish-life. They were the ones who identified it based on his description.

The parasitic eel typically latches onto its prey with its razor-sharp teeth. According to most reports, their targets usually die from either an infection or blood loss. While it’s unclear as to how large the sea lamprey that Mr. van der Es came into contact with was, they can reach up to a meter in length.

Add in its teeth and a lack of a jaw, the parasitic fish can clearly take down most prey quite easily.